WLS
By Jade Hernandez
ROBBINS, Ill. (WLS) -- A car crashed into a home in south suburban Robbins while a woman was asleep inside early Saturday morning. 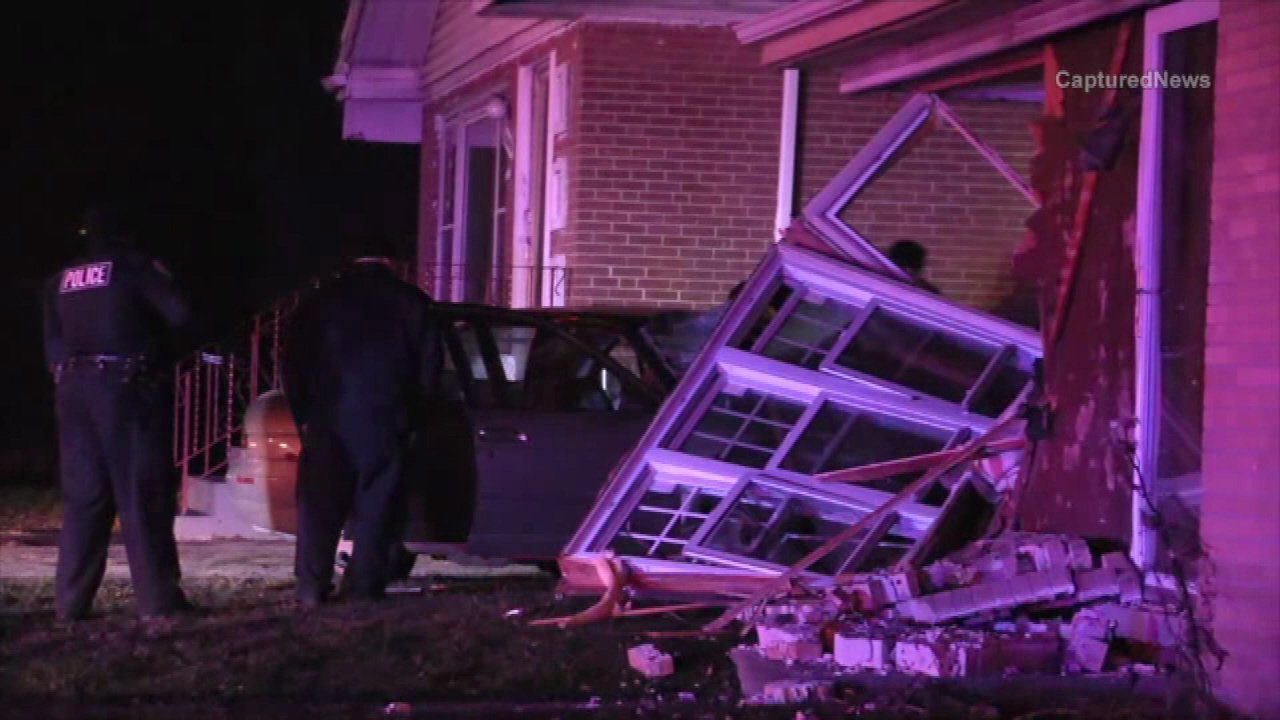 PHOTOS: Car crashes into Robbins home, police say
Police say a car crashed into a home in south suburban Robbins while a family was inside.

The gaping hole is so huge that the entire living room of the home on the corner of 137th and Pulaski is exposed.

A driver slammed into **this** home on the corner of 137th and Pulaski early Saturday morning.

It appears a driver lost control of a Chevy Lumina, waking Gardner, who has lived in the home for 51 years.

She called her cousin, who immediately telephoned police.

Gardner said the man found in the car initially claimed to be the passenger, but police were suspicious after finding the driver's side door jammed, which police say indicated that the man was driver, not the passenger.

Paramedics took the man to Christ Hospital as crews worked to board the house up.

"There's more structural damage all along the entire house," Gardner said. "The impact, I guess, (caused) cracks all in the house."

Police have not released any information about the crash.