Car fire survivor searches for stranger who saved her life 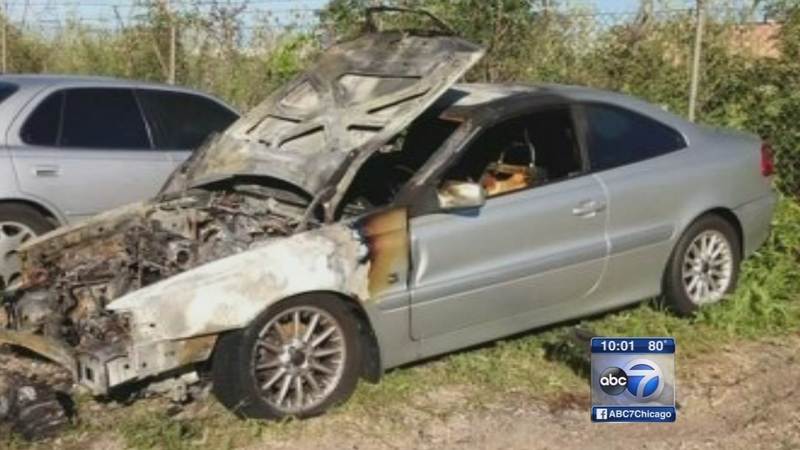 NAPERVILLE, Ill. (WLS) -- A west suburban woman is searching for the Good Samaritan who rescued her just before her car burst into flames as she was driving home to Naperville.

Barbara Byington's car was left charred, and now she hopes her story serves as a warning to others. She thought her car was merely overheating on a warm summer day, but a passing stranger knew better.

"It was the most frightening thing I've ever experienced," Byington said. "If I had stayed in that car, I would have died. There was no question about that."

The Naperville wife and grandmother is counting her blessings after her close-call Wednesday. She was driving on I-88 heading eastbound near Route 59 when she noticed wisps of grey smoke coming from beneath the hood.

After pulling over onto the shoulder, she stayed in the car as she tried to decide who to call for help. Then, a man pulled over, ran to her window, and began yelling.

"It was an order," Byington said. "Immediately, now! Get out of the car! The car's on fire!"

Moments later, that fire erupted as Byington watched in shock from several yards away.

Car safety experts say you should never ignore smoke or a burning smell. Instead, pull over and turn off the engine. And, never open the hood, which gives more air to the fire.

Byington said that Good Samaritan stayed with her until help arrived, but in the chaos, she never got his name.

"He didn't have to stop. Hundreds and hundreds of cars were going by," Byinton said. "He saved a life by what he did."

Byington would like to find that man and thank him personally. The cause of the fire is still undetermined.