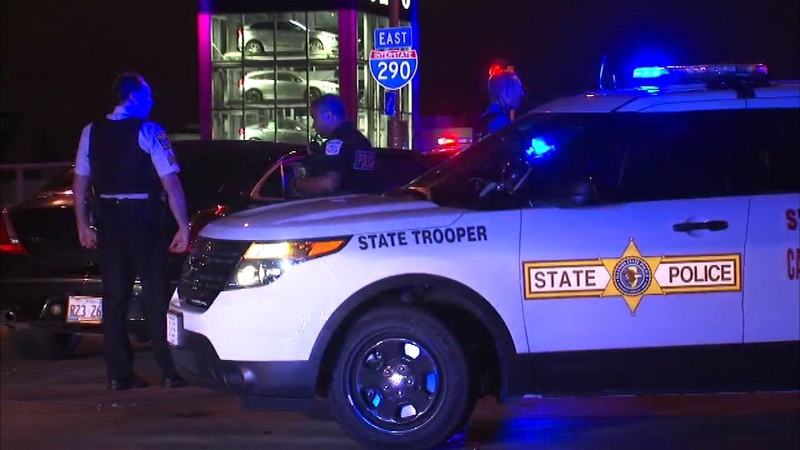 Eisenhower Expy shut down as police search for carjacking suspects

Police said there was an armed carjacking in west suburban Hillside Friday evening. Four suspects fled onto the eastbound I-290 Expressway and exited at Harlem, police said.

A large presence by Illinois State Police was reported in the area of the Eisenhower Expressway near the Harlem Avenue exit. Witnesses said at least two dozen troopers had responded.

Police said the stolen vehicle stopped on the Harlem Ave. overpass and four suspects fled on foot. One suspect jumped off the overpass onto I-290 below and died, police said. Two suspects were arrested.

The fourth suspect remains at large. Police believe the at-large suspect may have stolen another vehicle to escape.

CTA Blue Line service resumed with residual delays after police searched the tracks between the Austin and Harlem stops.

Inbound I-290 Expressway lanes were closed as police investigated at about 8:30 p.m. Friday and were re-opened early Saturday morning.