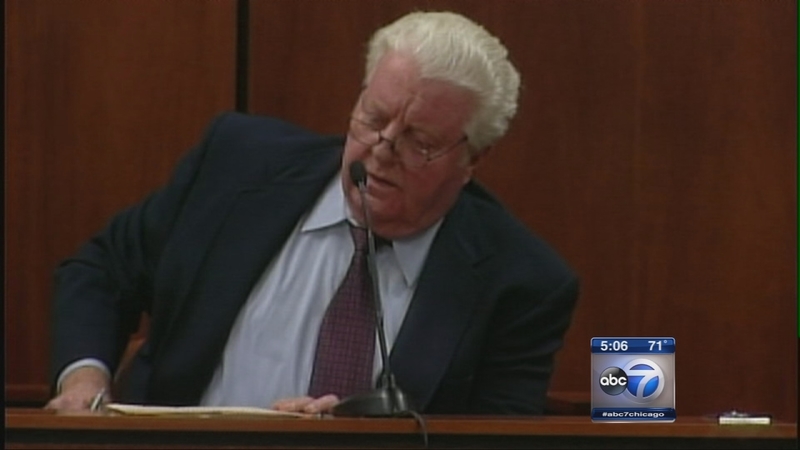 CHICAGO -- The Chicago City Council on Wednesday approved a $5.5 million reparations package for the victims of the city's notorious police torture scandal that also includes a formal apology and a promise to teach schoolchildren about one of the darkest chapters in Chicago's history.

The city has already paid more than $100 million in legal settlements, court judgments and legal fees related to the torture of suspects - most of them African-American - from the 1970s through the early 1990s by a detective unit under disgraced former police commander Jon Burge.

The council voted 42-0 in favor of the award, the terms of which were announced last month by aldermen and Mayor Rahm Emanuel. Before the vote, the names of more than a dozen torture victims and survivors were read and they stood while the council gave them a standing ovation.

"This stain cannot be removed from our city's history but it can be used as a lesson of what not to do," Emanuel said.

Amnesty International hailed the move as a major step forward, saying it marked the first time in the U.S. that survivors of racially motivated police torture had been given reparations they are entitled to under international law.

"Passing this ordinance will not only give long-overdue reparations to survivors, it will help set a precedent of U.S. authorities taking concrete measures to hold torturers accountable," said Amnesty International USA's executive director, Steven W. Hawkins.

Will Porch, who spent nearly 15 years in prison for a robbery after he says he was tortured into giving a false confession, said it is of national significance that the word "reparations" was used.

"Going forward for other cities and other states, now they have a template of what to do," Porch said.

Alderman Joe Moore said that the word was chosen to underline the significance of what the city was doing. "It is a powerful word and it was meant to be a powerful word. That was intentional."

As many as 80 victims of torture could receive as much as $100,000 each. In addition, the city will issue a formal apology, build a memorial and agreed that schools will teach children about the torture scandal.

Victims will receive psychological counseling and free tuition at some community colleges and, in recognition of the lasting damage the torture did to the victims and their families, some of the benefits will be available to victims' children and grandchildren.

The police department fired Burge in 1993. Though he was never criminally charged with torture, he was convicted in 2010 of lying about torture while testifying in a civil case. He was sentenced to 4 years in prison and was released from a Florida halfway house in February.

(Copyright 2015 The Associated Press. All rights reserved. This material may not be published, broadcast, rewritten or redistributed.)