WLS
By Eric Horng
SKOKIE, Ill. (WLS) -- A scare at O'Hare is just one example of how edgy people are following the terror attacks on Paris. An unattended suitcase triggered a response by the bomb squad. It turned out to be nothing. 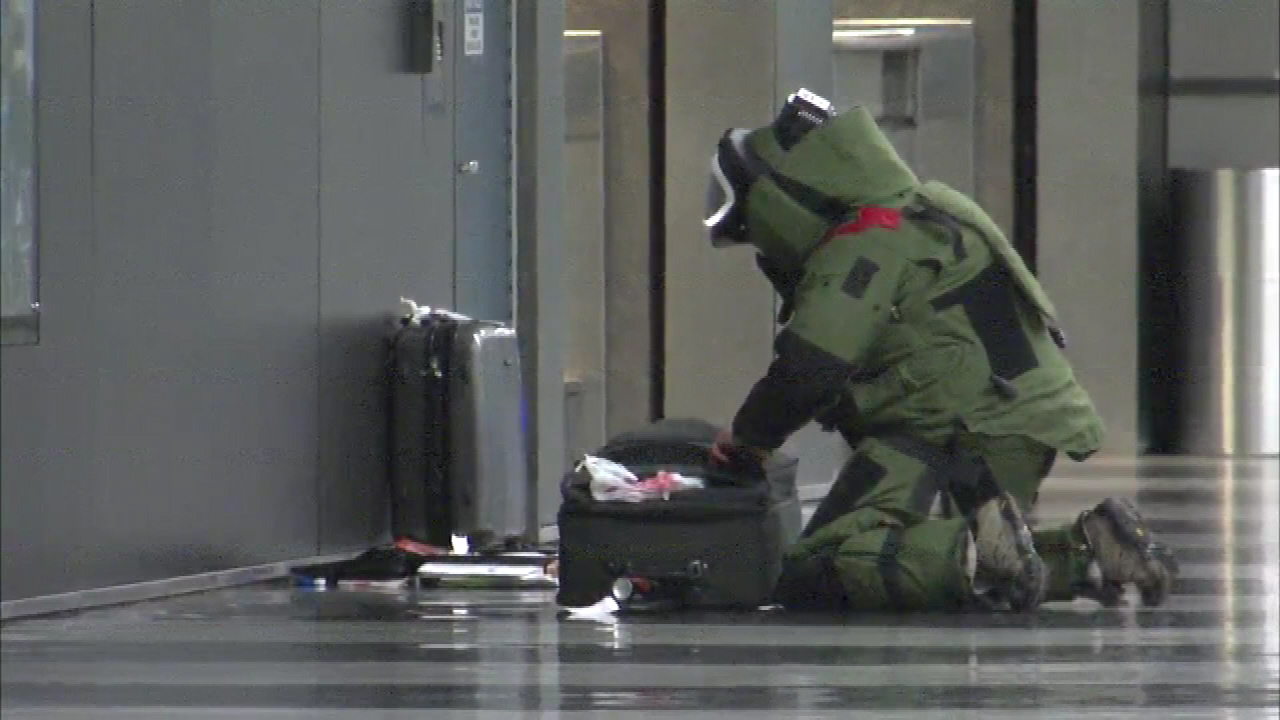 Skokie police are among the suburban departments increasing patrols around certain locations. There's no specific threat, they say, and their actions are out of an abundance of caution.

The alert covers places of worship in Skokie, including synagogues, as well as the Illinois Holocaust Museum and shopping centers such as Old Orchard. Skokie police are keeping an extra eye on those locations.

"Definitely with it being so close to the holidays - this event that happened - it does make you think about where you're going and how big an area it is," said Audrey Baumeister, Old Orchard shopper.

"They're erring on the side of disrupting operations. Today was an indication that the next few days could be a little rough," said Prof. Joseph Schwieterman, an aviation industry expert at DePaul University.

Earlier, there was fear aboard a Chicago-bound Spirit Airlines flight that was taxiing on the runway in Baltimore.

The plane returned to the gate and four people were detained after a fellow passenger became worried about a video being watched on a phone. All of it was a false alarm.

"I literally thought this plane is going to blow up. It was like the scariest moment of my life," said Jenna Farella, a passenger.

The events in Paris are even harder for children to grasp. Psychologists recommend limiting your kids' exposure to news reports, pointing out the presence of police while in public, and being mindful of signs of distress.

"Kids might regress and do things they haven't done in a while, like wet the bed. They may be clingy," said Dr. Tiffany Sanders, a psychologist.

New York and Los Angeles Police have sent personnel to Paris to gain intel on how those attacks were carried out. Chicago Police not doing the same, but officials say they're getting up-to the-minute information from FBI and Homeland Security