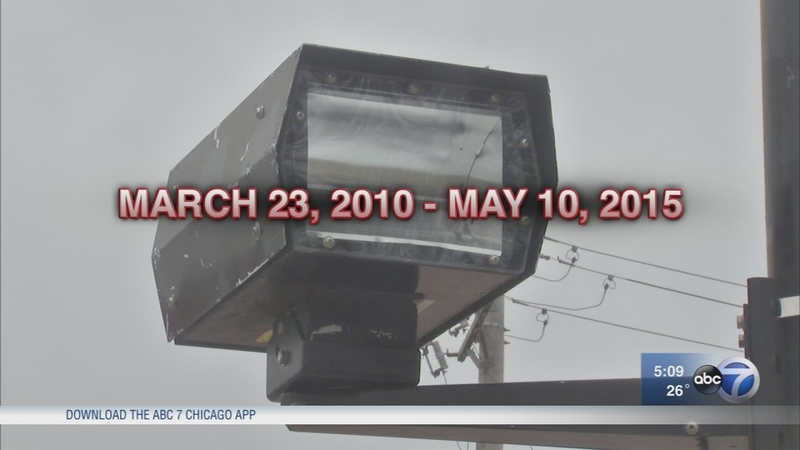 CHICAGO (WLS) -- The ABC7 I-Team investigated red light camera confusion and found out how you may be able to get money back.

You may be one of more than a million people who received a notice of an old traffic violation from years ago. The I-Team received several calls and emails from people confused about red light and speeding camera violations that were as much as seven years old. The city is giving people a second chance to contest those violations.

Jerry Callahan paid $100 for a red light violation caught back in 2014, so he was stunned when he received another notice for it in the mail recently. That's because the city of Chicago sent out 1.2 million notices this month to people who were ticketed for red light and speeding violations caught on camera between March 23, 2010 and May 10, 2015.

Second notices for those violations were never sent, so the city decided to send them now. While the city isn't admitting any wrongdoing, critics say this is a legal strategy to lessen the impact of motorists' pending lawsuits.

"I got a notice saying that I have a red light violation review. It said 'if you would like to contest this ticket' - which I had already paid in 2013 - 'I can do so by submitting my request,'" James Perkins said.

Whether you paid the ticket or not, the city is giving you another opportunity to challenge it thanks to a new ordinance passed last summer. The city posted directions on their Department of Finance website, describing the steps to take to contest the ticket or do nothing at all. Violation videos can be viewed by entering the vehicle owner's name and tag number.

But not everyone is interested in taking advantage of a second opportunity to contest.

"Too much of a pain to go thru the whole thing," Callahan said.

Perkins paid his 2013 red light ticket and won't contest it, even though he believes the yellow light at the intersection where he was ticketed is too short.

"I am not going to do that. I do not want to be caught in Cook County's traffic system. That's a lost cause," he said.

If you received a red light or speeding violation review letter you have until February 19, 2017, to decide what you plan to do with it.