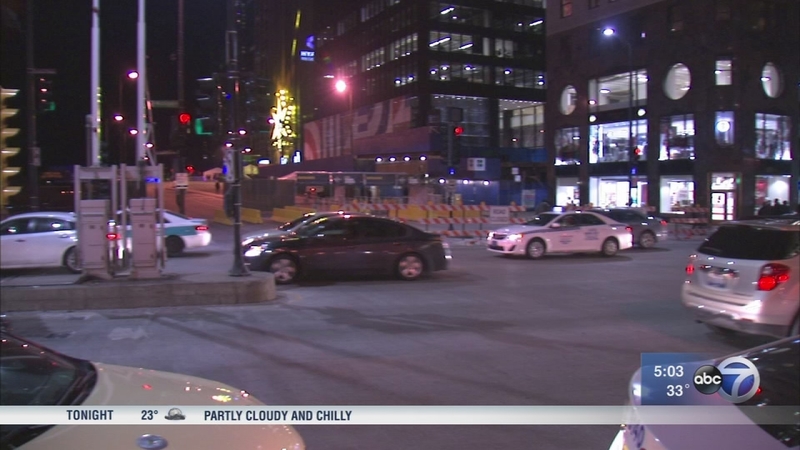 CHICAGO (WLS) -- Final preparations are underway for all the New Year's Eve festivities across the city. Several downtown streets have been closed to traffic. Concrete barriers and large trucks have been in put in place where people will be gathering.

Inside the Drake Hotel, preparations are underway for Countdown Chicago 2017, which you can see live here on ABC 7.

Johnson was briefed this afternoon by homeland security officials. He says there's no need to worry. "No credible threats to Chicago that we know of but we are always concerned about it of course as well we should be but we are expecting tonight to be pleasurable for everybody," Supt. Johnson said.

Saying goodbye to a deadly year on the streets of Chicago...the city hasn't seen this many murders since the mid-90s. Johnson is hoping for a calm night. "You know what I have faith in the people of Chicago. You know I have faith in CPD. We will turn it around," Johnson said.
Related topics:
chicagoloopnew year's evechicago crimesecurity
Copyright © 2021 WLS-TV. All Rights Reserved.
More Videos
From CNN Newsource affiliates
TOP STORIES