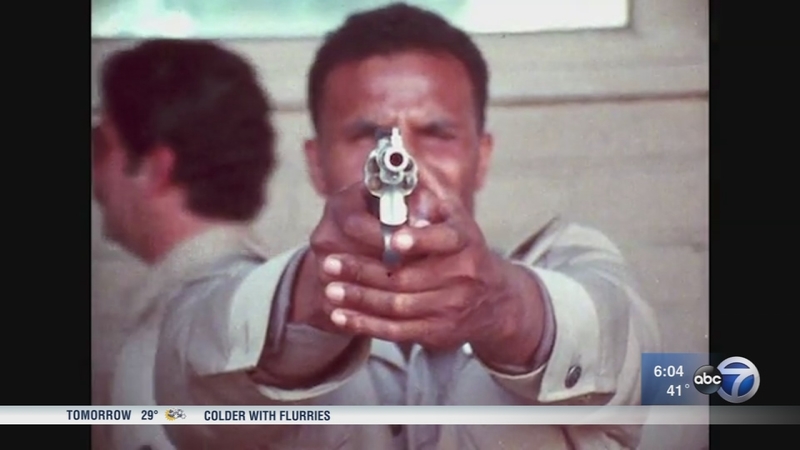 CHICAGO (WLS) -- The ABC 7 I-Team learned Tuesday that the Chicago Police Department has stopped using a controversial training video that was sharply criticized by federal investigators.

The video was made 35 years ago and was "clearly out of date," according to a Justice Department report issued in January. The video was produced in 1982 and hosted by Peter Falk, best known as the TV detective "Columbo."

In their report last month, Justice Department officials found fault with the continued use of the video by police, suggesting it taught officers improper and illegal use of deadly force. Even though CPD continued showing the video for more than two weeks after federal findings were released, they now say the video has been shelved.

The video, called "Shoot/Don't Shoot," aimed at putting viewers in criminal situations allowing them to determine whether to open fire.

The show was actually a made-for-TV feature intended for general audiences, no just police. In April 1982, ABC 7 even broadcast the program. But for decades it also ended being shown to Chicago police recruits during their six month training.

In the Justice Department findings, tactics depicted in the video were found to be clearly out of date with commonly accepted police standards of today because the show was recorded prior to key Supreme Court decisions that altered the standards used to evaluate the reasonableness of use of force.

"The video is of little value because methods and techniques used by police for applied force have changed either because the new methods are safer and more effective, or because a technology has eclipsed the old methods," said Hugh Mundy, professor of criminal law at the John Marshall Law School.

For years, CPD trainers showed the video without any context, according to the Justice Departments. Segments showed armed suspects running from police, in crowds, with hostages, committing robberies.

"There is no absolute right or wrong in many shootings. The decision must be based on tactics, policy and experience combined with your perception of danger," Falk says in the video.

In 2017 police experts who watched the old video said it is cut and dried based on specific laws and standards.

"There are certain requirements while you are in the academy but once you get out of the academy some states are very minimal and Illinois is one of them. Illinois just in the last year has just really started to mandate certain types of subjects need to be touched on. That's what I think is missing," said Jim Glennon, former Lombard police lieutenant.