WLS
By Leah Hope
CHICAGO (WLS) -- American tourists are finally evacuating from the devastated Mexican resort town of Cabo San Lucas. After days of being trapped in their hotels, travelers returning from Cabo Thursday night at O'Hare airport reclaimed more than their bags.

"It's been hell, but that's a lot nicer. It's really bad. I didn't think we would escape, and escape is the word," said Billy Tate.

Erman and Kerry Ramos of Island Lake were there for their honeymoon. Hurricane Odile devastated their resort, which then became a target of looters.

"People are coming in your room. You're like, 'Hey, get out of here.' They're like, 'We're just looking for water.' It became kind of serious, you know," said Erman Ramos.

The Mexican military has been brought in to evacuate travelers. The way home took them through devastated airports with long lines and scarce flights.

"Terrible. People, the ladies, the American ladies, they had to go to the woods," said Rodrigo Llerena.

A Chicago woman's father died on one of those flights, and her mother's return to O'Hare on Thursday was bittersweet.

Marie Milligan finally arrived to the U.S. after surviving Hurricane Odile in Mexico, but she returned without her husband of 45 years.

Robert Milligan also survived the storm, but the strain after being evacuated appears to have taken a devastating toll. Milligan said her husband went into the cardiac arrest on the plane to Mexico City and could not be revived.

"Fortunately our plane had a cardiologist, two nurses, and a paramedic. And so they all rushed up to help, and they did CPR, and they did the paddles. But they just couldn't bring him back," said Milligan.

Marie Milligan says the problems began trying to get to the airport.

"We had to wait outside for about five hours, in like 95-degree weather, maybe, it was humid, very hot. Old men were passing out," said Milligan.

Milligan says there were not enough people to help the stranded tourists and misinformation created even more stress.

"So all these people madly rushed over to another building and they were crushing, pushing," said Milligan.

Robert Milligan, 69, was from Ohio and awarded the Purple Heart for his service in Vietnam. He was a father and grandfather.

"It was awful, because she had no communication and I had no clue if they were alive. All I know is that she was in a bathtub the whole storm," said Christy Beckstrom, daughter.

Milligan's daughter, who lives in Chicago, met her mom at O'Hare. They are going to Ohio now to meet the rest of the family.
Related topics:
o'hareevacuationu.s. & worldhurricane
Copyright © 2020 WLS-TV. All Rights Reserved.
RELATED 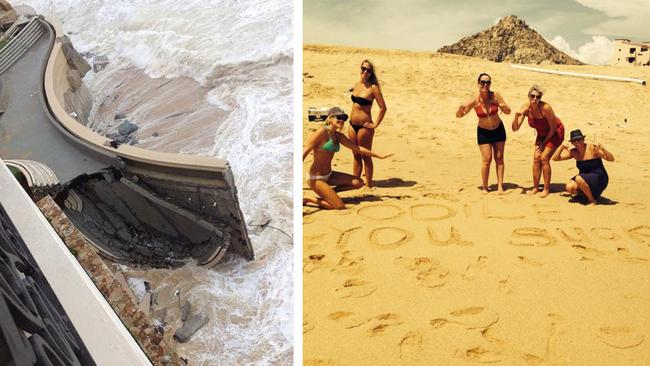 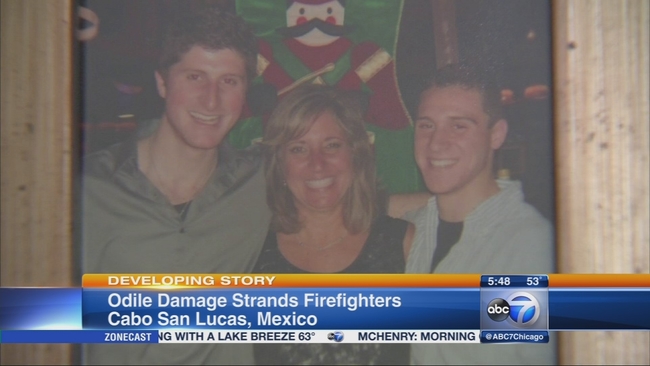