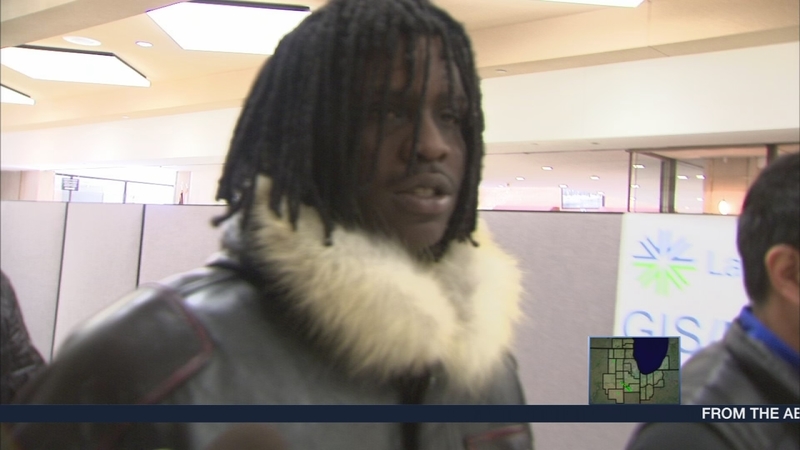 Chief Keef told to 'SHUT UP' by priest

CHICAGO (WLS) -- Chief Keef wants to hold a benefit concert for the family of a toddler struck and killed by a car that was fleeing from a shooting that killed another Chicago rapper, Marvin Carr, known as "Capo." But the reaction from a Chicago priest is less than flattering.

Priest Michael Pfleger, an activist to end violence in Chicago, lashed out with a post on Facebook.

"Chief Keef has announced that he will hold a benefit concert to raise funds for his friend and the Baby who were killed this past weekend....REALLY...Chief Keef is one of the reasons we have all this violence...he has been one of the encourager's of the Violence....." Pfleger writes.

Father Pfleger isn't alone in his sentiments on Chief Keef, who is known for glorifying guns and violence.

"Change starts within. If he really wants the violence to stop, then he needs to stop making that type of music. And, it's a role to redemption, a road to recovery," rap artist Jessica Disu, also known as FM Supreme, said.

"Let's get rid of the violence. Don't think a concert is going to wipe away what you do every day that supports the violence," Father Pfleger said.

Chief Keef's spokesperson confirms he will hold the hologram benefit concert Friday in a Chicago neighborhood, but did not say where.

The rapper, whose legal name is Keith Cozart, told the Chicago Tribune he would appear via hologram from Beverly Hills, Calif., because of legal issues in Illinois.

While the concert would be free, attendees would be encouraged to make donations to help the family of Dillan Harris, the 13-month-old boy who was struck and killed while on the sidewalk. The boy was in a stroller.

"Instead of having a concert...why doesn't he Man Up and acknowledge it's time to stop this violence and Apologize for his part in it!!!! we don't need a concert...we need PEACE......7 DEAD and 24 SHOT this weekend and he wants to do a concert.....Chief Keef....SHUT UP!!!!!" Pfleger writes.

Chief Keef said he also wants to start Stop the Violence Now Foundation to prevent violence in Chicago, according to the Tribune.

"I see the love in my son's eyes and I know that I have changed the things I value. My cousin getting killed was the biggest lesson. I know he would want me to be a better person and do better," Chief Keef said through a statement issued by his record label.