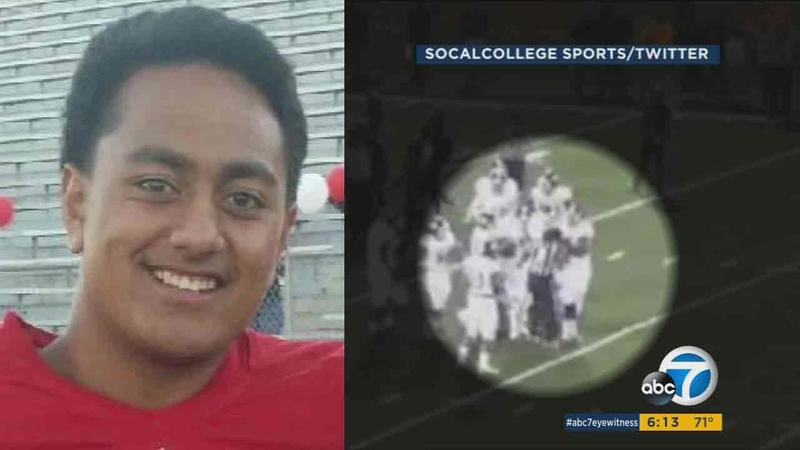 VENTURA, Calif. -- A Mt. San Antonio College football player was facing a felony battery charge after knocking out a referee during a game at Ventura County Community College.

A fight began to break out between players from the opposing teams Saturday night. That's when a referee tried to get the fight under control, and Mt. SAC lineman Bernard Schirmer, who is 6 feet 5 inches and 270 pounds, knocked the referee unconscious.

Officials immediately ejected the football player and later arrested him.

Schirmer's father explained his son was hitting himself in the head to calm down and accidentally hit the referee.

"If you go back and look for it, you can clearly see that he struck himself," he said.

The athlete himself said he didn't mean to hurt anyone.

"I really didn't mean to do that to the ref. I just didn't see him and he was really short, but when I seen him on the ground, I thought somebody else did it," Schirmer said.

Trainers rushed to help the official, who did not return to the game, and college and police officials said the referee did not want to press charges.

The Schirmer family hoped the felony battery charge would be dropped, and Mt. SAC released a statement saying it agreed that the hit was an accident.