WLS
By Diane Pathieu
CHICAGO (WLS) -- With the Chicago Police Department in crisis, there is an effort to recognize those doing a good job, this as Reverend Jesse Jackson convened a meeting Saturday with elected officials to discuss the crisis.

After weeks of demonstrations protesting the Chicago Police Department's handling of the Laquan McDonald case, there is growing support for Chicago police officers and one woman held rally for cops on the street to let them know that some residents still have their backs.

Sharon Datro, whose son and boyfriend are both on the force, was among those who wore blue Saturday afternoon to show their support for Chicago police.

"They're not all bad, I mean every department has somebody bad," Datro said.

The Bridgeport resident and a few others attended the gathering outside Chicago Police Department's 9th District police station. Organizer Christine Zanin said there is community support for the men and women in blue, for the officers who patrol Chicago's streets every day.

"The good definitely outweighs the bad keep in this situation," she said. "I feel that it's just a, "Keep your heads up. We're here, we support you.'"

Supporters said all cops should not get a bad rap. South Side resident Dinah Graham agrees. She attended a CPD workshop held at Kennedy King College for those in the community interested in joining the force.

"Everybody is an individual and everybody has their own characteristics," said Graham.

Saturday's show of support for Chicago police officers came as demonstrations continue across the city, protesting the police department's handling of the McDonald case and allegations of police brutality.

Activist Mark Carter does not support the community leaders plan, saying current black leadership is also a part of the problem. He is promising 30 days of protests until there is a change in the status quo.

"The protest is not going to stop because they're meeting with them," he said. "The only thing that will stop this protest is access to resources to redevelop our communities, and it would be led by the people instead these status quo leaders.

Jackson said there are more tapes that are out there and they urge the release and uncovering of further tapes to restore transparency between the police and the community.

I. We stand with our brothers and sisters of the Muslim faith. We affirm their religion and their humanity. The threat against their mobility and access to America is harmful, hurtful and divisive. It isolates America. There are more Muslims than Christians. There are more Muslims than Americans. It undercuts our moral authority, given the impact of innocent people and families and refugees. These actions are crimes against humanity. Remember in the Christmas season, Jesus was born into a climate that caused him and his parents to be on the run- to Egypt where He gained entry as a refugee.

We who have been given the race test for our humanity and mobility were given an exam that we have never been able to pass. We who watched governors elected brandishing ax handles as symbols of ear, and watched governors block school doors in Alabama must appeal to Donald Trump and Republicans to go another way.

We as a nation for too long have survived apart, must now learn to live together. We must be connected by bridges and not separated by walls. We need bridges that let the sun shine in and not be divided by walls that cast shadows of fear.

II. In light of the crisis in Chicago, the epicenter of urban crisis we are driven into a climate of chaos by the lack of an urban policy and a plan for reconstruction. We addressed Hanarahn after Fred Hampton's execution. We must now address Alvaerz after the cover-up and absence of charges against the cops engaged in criminal behavior.

III. We need volunteers to work hard and march citizens to the polls in 2016. We must engage in massive voter registration drives and voter participation.

IV. We urge the release and uncovering of remaining tapes, covering up police misconduct.

V. False reports by police are the crime of perjury and should be prosecuted as such.

VI. The FOP (Fraternal Order of Police) contract's language on discipline is a lack of discipline and must be opened up. In the Laquan case we pad $5million dollars before the tape. $553 million in settlements for misconduct without discipline as we have laid off teachers. Some officers have more than 70 times of violating people without discipline.

VII. Special prosecutor must be appointed in all cases involving police shootings and misconduct. We shall contact the Chief Judge of the Circuit Court of Cook County to administer this process

VIII. We encourage the US Department of Justice and other appropriate federal agents to cover 3 points of interest in their investigation:
a. City Hall
b. Police Department
c. State's Attorney's Office

This must include McDonald, Coleman, Johnson and the concealed tape of Chatman.

IX. We must end access to automatic weapons on our streets.

X. We restate our call for White House Conference an urban violence and reconstruction. It is difficult to police there are zones of poverty and pressure cooker of discontent. We need more than the Attorney General. We need the attention of the President as we live in Food Deserts, health deserts, job deserts, safety and access to capital deserts. 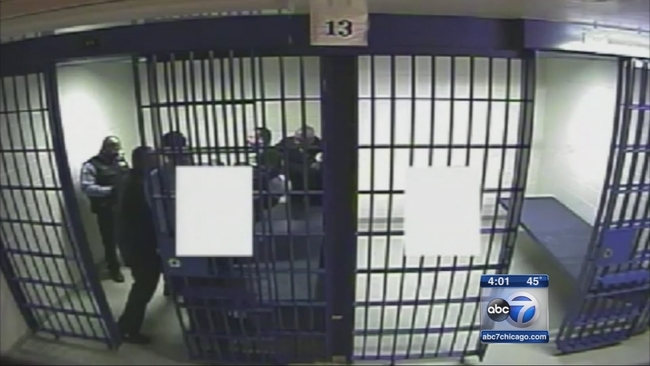 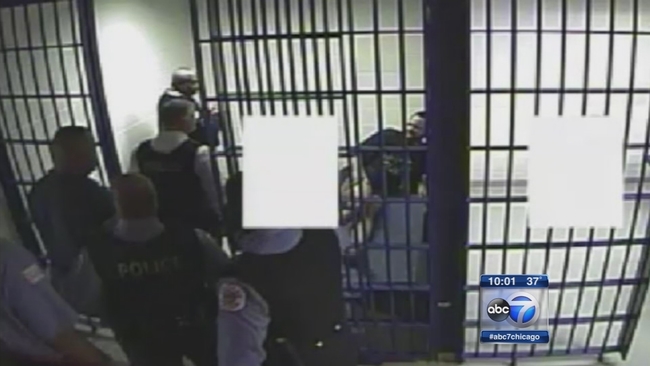