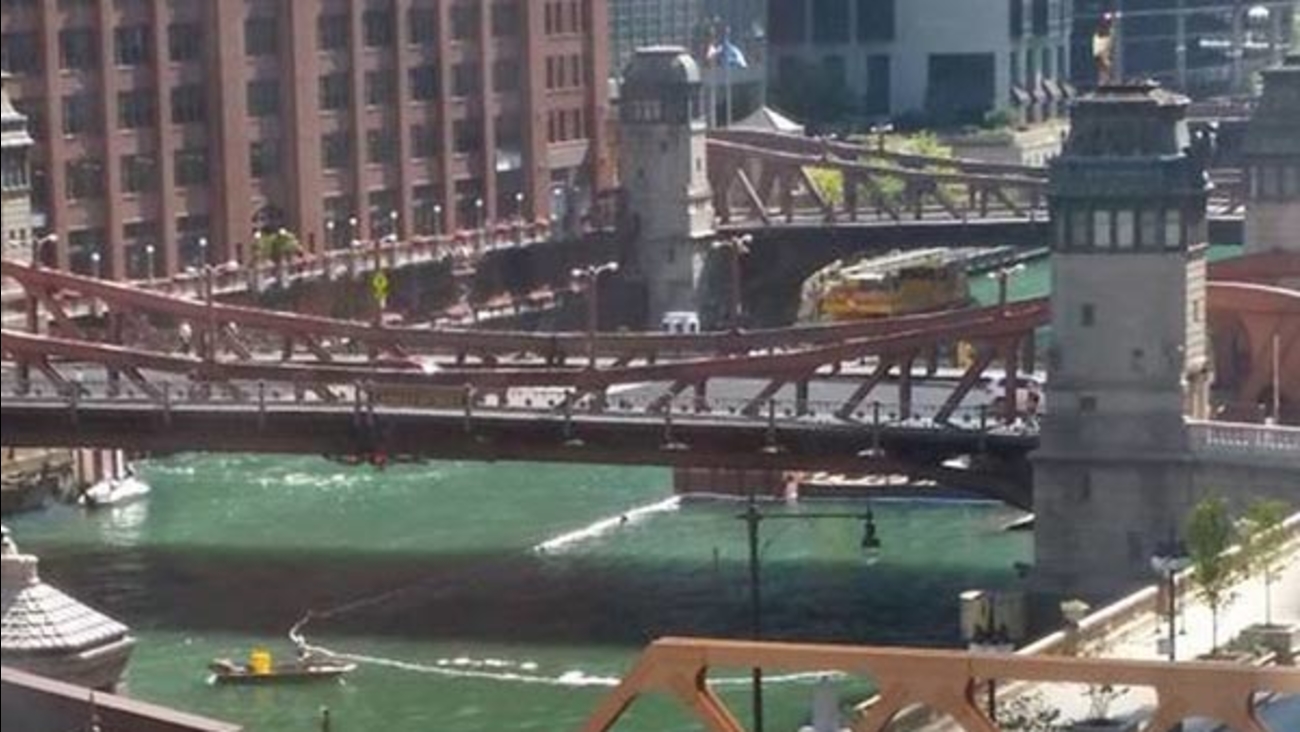 A construction barge working near part of the riverwalk expansion project sank in the Chicago River on Thursday morning. (Photo credit: Ashley Ambuehl)

CHICAGO (WLS) -- A barge used to work on the new riverwalk development is sinking into the Chicago River. Workers arrived Thursday morning and found half of it was underwater.

The barge remained under the LaSalle Street Bridge Thursday afternoon. As a precaution, the barge is now surrounded by equipment to prevent oil from leaking into the river.

A salvage company has been called to tow it out of the water, but that could take several days.

The barge is estimated to be about 15-20 square feet and began taking on water overnight, according to CDOT spokesman Pete Scales.

The barge is out of the way of traffic and is not hampering boat traffic on the river, Scales said.

Walsh Construction, which owns the barge, has called in a marine salvage company to retrieve it, Scales said. It is not yet known why the barge sank.

The submerged barge can be seen on a webcam at www.riverwalkexpansion.com.