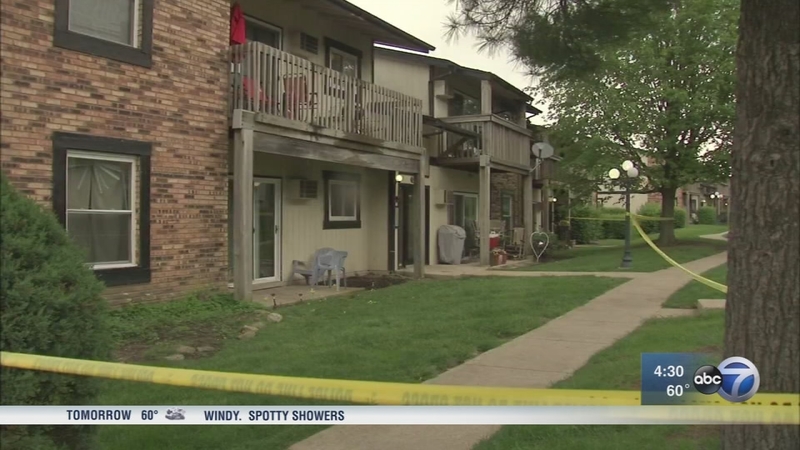 WOODRIDGE, Ill. (WLS) -- A married couple died in a shooting at an apartment complex in southwest suburban Woodridge, police said. A third victim was critically wounded.

"I just heard like, vaguely did that sound like gun shots. I came to my window, next thing I know I hear the police. I came to my door, it was a bunch of police out here," said Ramon Jones, a neighbor.
They found a man and a woman shot to death in the living room. Their identities have not been released.

A second woman was found in the back of the apartment. She had also been shot.

She was transported to a local trauma center, where she is listed in critical condition.

Investigators said the couple lived in Bellwood, and the woman who was killed had moved into the apartment in Woodridge several days ago, following a domestic dispute.

Police say they are investigating the deaths of the couple as a murder-suicide.