WLS
By Michelle Gallardo
CHICAGO (WLS) -- John Escalante, the Chicago Police Department's No. 2 in command, opened up Saturday about his career as he gets ready to leave the force.

He's seen CPD go through some dark times, but he believes the force and the city are on the way up.

After 30 years with CPD, Escalante will leave to be the police chief at Northeastern Illinois University. He plans to spend his last few days patrolling the same streets of the 9th District where he started his career.

"I really just wanted to spend time in the districts I spent time in in my career," said Escalante, CPD's first deputy superintendent.

He remembered his first day on the job.

"We got into a foot chase, caught the guy with the help of other responding units. But that was my first 30 minutes on the street. Twenty-two years old and I'm thinking this is the coolest job ever," Escalante recalled.

He spent five years in the 9th District. His greatest ambition was to retire a lieutenant. Instead, he rose through the ranks to the No. 2 spot at CPD, serving four months as interim superintendent after Garry McCarthy was fired in the wake of the Laquan McDonald shooting scandal.

Since then, the police department has been in damage control mode, trying to rebuild trust within the community it serves while dealing with declining morale within its ranks.

"I leave with a little of a sense of guilt because there is a lot of work ahead of us for the Chicago Police Department. But I honestly believe the department is headed in the right direction," Escalante said.

But is the city headed in the right direction?

Gun violence in Chicago is nowhere near what it was in 1986 when Escalante first started, but with the numbers once again headed in the wrong direction and people in some neighborhoods afraid to leave their homes. Escalante said that will continue to be the department's biggest challenge for some time to come.

"We see the same people that have been arrested for prior gun offenses. Prior violent offenses," he said. "Until we get help from our courts and our legislators I don't know that the department can singlehandedly reduce the violence."
Related topics:
bronzevillealbany parkpolice chiefcollegechicago police department
Copyright © 2020 WLS-TV. All Rights Reserved.
RELATED 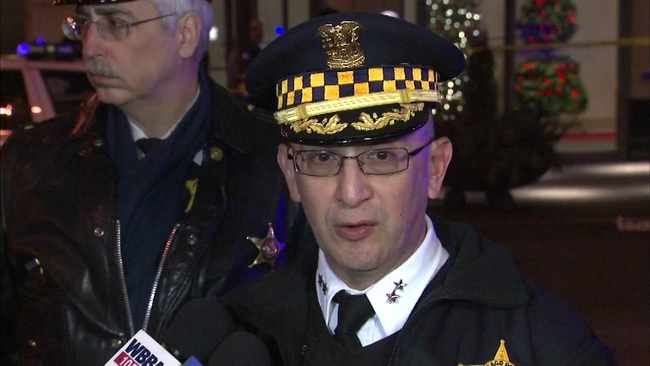