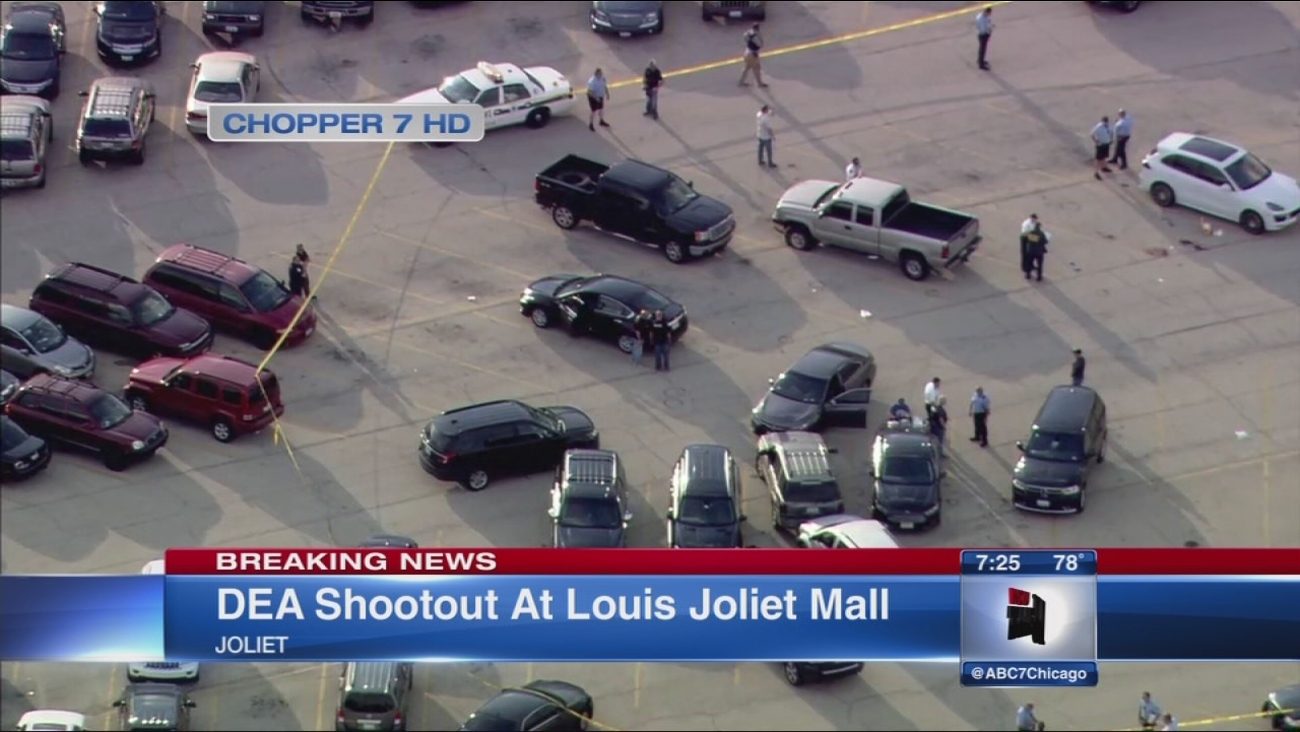 One person was shot during an exchange of gunfire at the Louis Joliet Mall. (WLS)

Smit then pulled out her phone and recorded the aftermath of the shootout.

"There were bullet holes in all the cars around us, one literally right behind me. So a bullet must have come right past me," she said.

Authorities said at about 5:30 p.m., Drug Enforcement Agency officers were conducting an undercover drug operation outside the mall in Will County when there was an exchange of gunfire.

"The defendants were in possession of two kilograms of cocaine. We saw that. We decided to place them under arrest, and that's when the one defendant started shooting at the law enforcement officers," said SAC Dennis Wichern of the Chicago DEA.

Agents returned fire. One person was shot and wounded in the leg. A second person was taken into custody.

"There were shots right there I was inches away from. A lot of cars over there got struck that was right by me. Bullet went through windows. Tires all flat over there," said witness Kareem Hood.

Joliet police said that no citizens were injured, but witnesses say things could have easily turned out differently.

"It was just like, you wonder who's out there, what kids are out there. Just instincts," Hood said.

The DEA says the suspect who was wounded was taken to a hospital and is expected to recover. Officials say they recovered two weapons and large quantities cocaine. Charges are pending against the two suspects.
Related topics:
jolietillegal drugsdrug bustshootoutmall
Copyright © 2020 WLS-TV. All Rights Reserved.
More Videos
From CNN Newsource affiliates
TOP STORIES