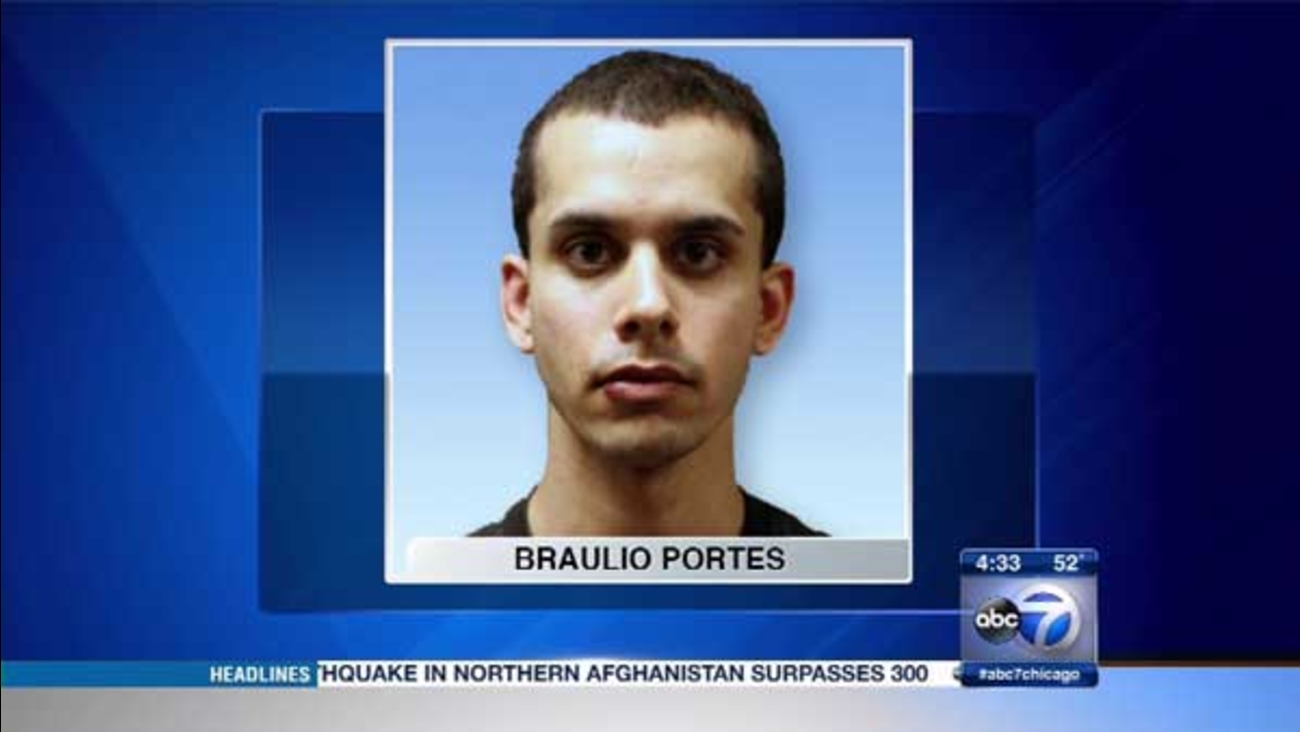 Braulio Portes, 26, of Des Plaines, was charged in an attack on a CTA train operator. (Chicago Police Department)

CHICAGO (WLS) -- A man from northwest suburban Des Plaines was charged in an attack on a CTA train operator.

Police said after a 43-year-old Blue Line train operator pulled into the station at Clark and Lake around 7:25 p.m. Sunday, 26-year-old Braulio Portes jumped through a window into the cabin and started punching and kicking her.

Other riders grabbed him on the subway platform and held him until police arrived. He was taken into custody.

The operator was taken to Northwestern Memorial Hospital, where she is listed in stable condition.

Portes, of the 10000-block of Holly Lane in Des Plaines, was charged with aggravated battery to a transit employee. He is due in bond court on Tuesday.