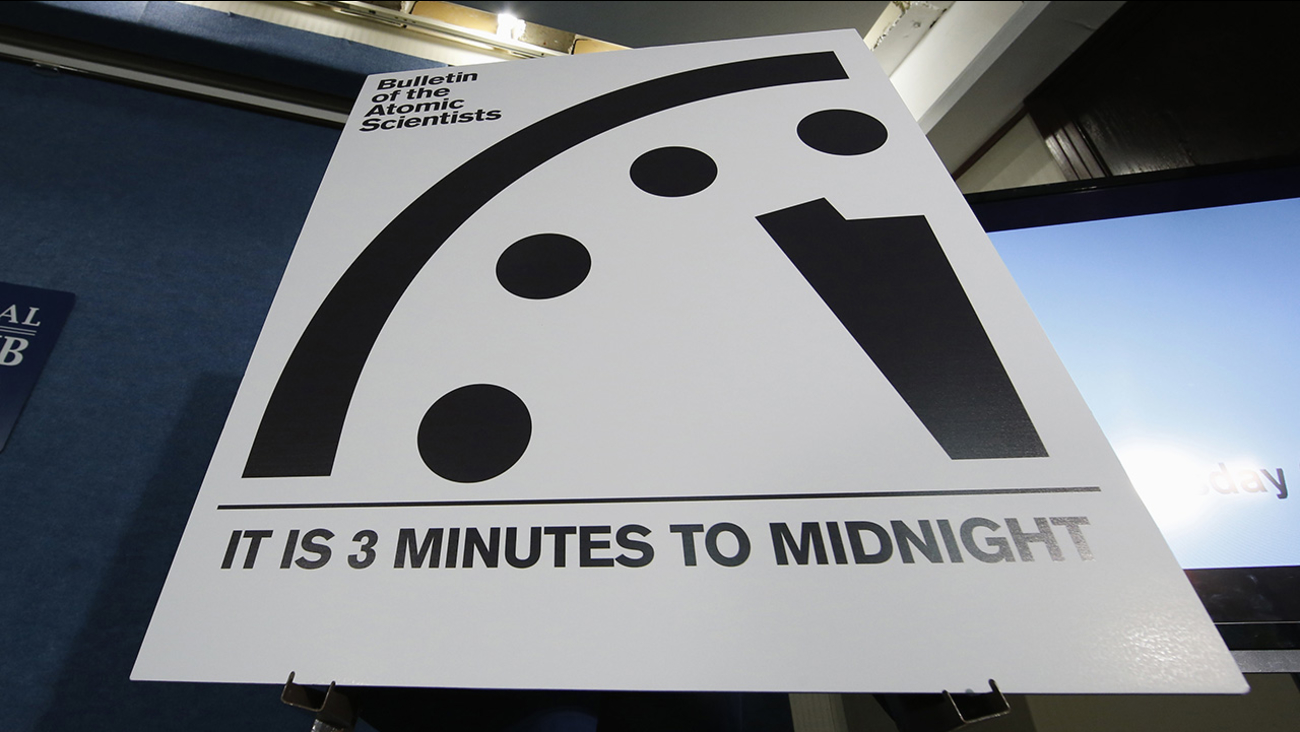 A sign showing the 'Doomsday Clock' that remains at three minutes to midnight is seen after it was unveiled by the Bulletin of the Atomic Scientists, Tuesday, Jan. 26, 2016. (AP Photo/Alex Brandon)

Civilization is still as close to worldwide destruction as it was last year.

The Bulletin of the Atomic Scientists unveiled in Washington D.C. on Tuesday that the "Doomsday Clock" will remain positioned at three minutes to midnight. Nuclear weapons, climate change and bio-security are all factors the organization takes into consideration when adjusting the minute hand of the clock, with midnight representing global catastrophe.

Tensions between the United States and Russia, increasing carbon dioxide concentrations and potential threats from emerging technologies are factors contributing to the clock's position this year, according to a statement on the organization's website.

"Because of failures in world leadership during 2015, we see that the recommendations for action in last year's Doomsday Clock announcement are, very unfortunately, at least as relevant today as they were a year ago," the organization wrote.

Lawrence Krauss, chair of the bulletin's Board of Sponsors, said the Iran nuclear agreement and Paris climate accord were good news. But the good news was offset by nuclear threats, including tension between nuclear-armed states India and Pakistan, and uncertainty that the Paris accord will lead to concrete action to reduce greenhouse gas emissions.

The clock was previously at three minutes-to-midnight in 1984, when the bulletin said talks between the U.S. and Russia virtually stopped.

Founded in 1945, The Bulletin of Atomic Scientists was started by a group of University of Chicago scientists who developed the first atomic weapons. The organization introduced the Doomsday clock two years later in 1947, according to the Associated Press. The closest the clock had ever come to midnight was in 1953, when the Soviet Union tested their own hydrogen bomb.