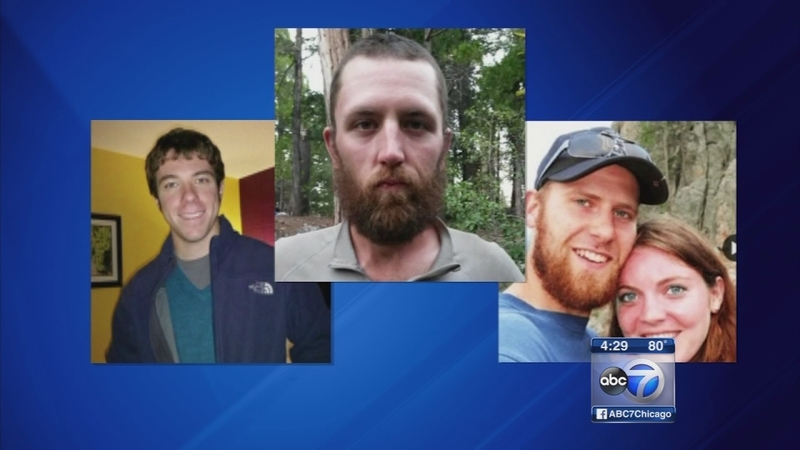 DOWNERS GROVE, Ill. (WLS) -- A 2007 graduate of Downers Grove North High School who worked as a U.S. Forest Service firefighter was killed this week while battling a wildfire in Washington.

The body of 26-year-old Andrew Zajac, along with two others, was removed Thursday afternoon from the spot where they died. On Wednesday, Zajac and the other firefighters were trying to make it to safety when their vehicle crashed and they couldn't escape the flames. Zajac was part of a specially trained unit that is sent into danger ahead of everyone else to size up a wildfire.

His family, who now live in suburban Saint Charles, Ill., are currently in Washington.

In Downers Grove, his former coaches and teachers remembered him vividly as a good student, athlete and musician.

"Andrew was a great kid," McGrath said. "He was a special kid. He was super smart. He was a football player, he was a cellist and he was an honor student."

Zajac's mother is pastor of Baker United Methodist Church. Church leaders issued a statement saying in part, "Our Baker memorial family is saddened by the loss of our senior pastor's son. As a community of faith our focus is on supporting our pastor and her family."

At the church, purple bunting was hung from the church on Friday in support for the grieving family. The Saint Charles Fire Department hung the bunting, showing that family extends beyond blood relation.

"All firefighters share a brotherhood and a professional relationship, however Pastor Mary is part of this community and the entire community is mourning and we just wanted to demonstrate our support for her and the congregation," said Saint Charles Fire Chief Joe Schestreet.

Late Friday, the Zajac family released a statement that read, in part, "Andrew grew up hiking and camping and carried that passion with him, hiking the Pacific Crest Trail in 2013 with Jenn. He and Jenn were married in November 2014 in a ceremony held outdoors near the Gila National Forest and planned to live a long and happy life in the outdoors together. Andrew loved nature, pursuing both a bachelor of science in biology from Case Western Reserve in 2010 and a master of science in biology from the University of South Dakota in 2014. This was Andrew's second year as a firefighter for the US Forest Service, serving in 2014 in Mimbres, New Mexico and starting in April 2015 in Winthrop, Washington. We are saddened that a life with such promise has ended so soon and we will miss him deeply."

Firefighters in the western states are continuing to battle the wildfires, which have grown about 100 square miles a day.
Five towns have now been evacuated as at least 10 fires continue to burn.

On Friday, President Barack Obama signed an emergency declaration to free up federal funds to help in the firefighting efforts.