An ABC7 I-Team Investigation
WLS
By Chuck Goudie
CHICAGO (WLS) -- From lack of water to restrictions on his visitors, Joaquin 'El Chapo' Guzman has a long list of grievances about prison in America, and he aired them in court Friday.

Complaints about accommodations rarely end well for federal prisoners, and in El Chapo's case, the special security unit that has him dissatisfied is one of the big reasons U.S. attorneys wanted him here in the first place: to make sure he doesn't get out, as he did before in Mexico. He escaped twice from maximum security cells there.

The El Chapo motorcade rolled over the Brooklyn Bridge Friday morning. Traffic was shut down as the Sinaloa cartel drug lord was moved to court.

He is charged with smuggling hundreds of tons of cocaine, heroin, marijuana and methamphetamines to the U.S., supporting his operation through murder, kidnapping and public corruption.

Among the grievances his lawyers aired in court: no visits allowed by his wife, the California-born ex-beauty pageant queen. She was present in court, and they smiled at each other during the proceedings. She then stood next to Chapo's attorney outside the federal court in Brooklyn as the complaints were listed.

"He's locked in a cell for 23 hours a day. He's only permitted out to speak to limited members of our office and one hours of exercise a day," said his attorney Michelle Gelemt.

U.S. prison officials want to ensure that 59-year-old El Chapo doesn't escape. The last time, he went out through a hole in the floor, then rode an underground motorcycle through an elaborate tunnel built by his operatives.

In January, when the Mexican kingpin found out he was being extradited to New York, his attorney said he was surprised, claiming the extradition was for Texas or California.

"The government of the United States has asserted that the Mexican government signed a document, or prepared a document, agreeing to allow Mr. Guzman to be charged in this district, although we have not seen that document," Gelemt said.

El Chapo's lawyers are asking for those records, saying they're concerned about the legality of his extradition to Brooklyn and claiming it wasn't part of the original request made by U.S. officials. The drug lord could has have been brought to Chicago where he is under indictment as well. 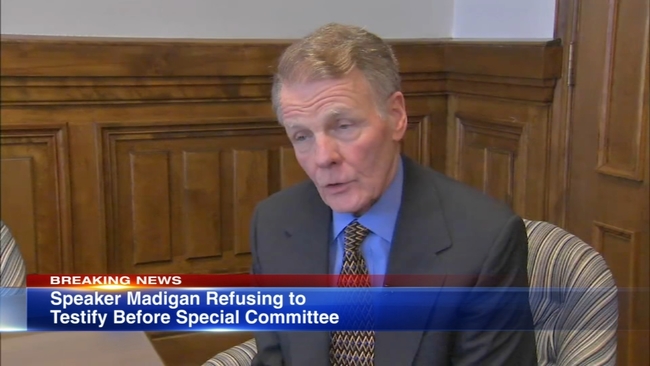