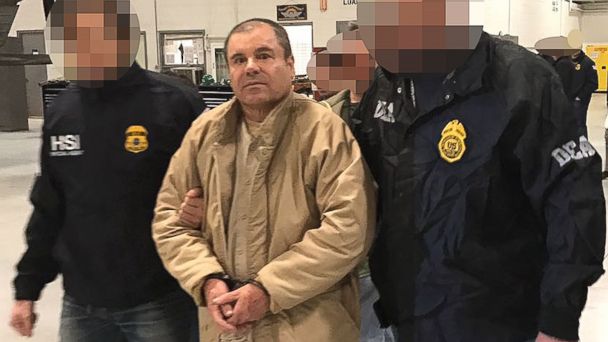 The drug kingpin known as El Chapo is suffering from deteriorating mental health due to the special restrictive conditions under which he's being held at a federal jail in New York City, his attorneys said in a new court filing that requests a psychological evaluation of their client.

Joaquin Guzman has been held since January under restrictive conditions known as special administrative measures.

Defense attorneys said their client's mental health is suffering as a result.

"Counsel has been visiting with Mr. Guzman since February and has noticed that during the last month Mr. Guzmán has suffered a marked deterioration in his mental state," the filing said.

Defense attorneys said Guzman can no longer remember people, places and events. He has also complained about hallucinations and is feeling persecuted, claiming that the government is recording him in his cell.

"Counsel has noticed that Mr. Guzman has begun repeating himself often and sometimes forgetting what the discussion is about," the court filing said. "It is plain to the defense team that something is not right with Mr. Guzman."

The legal documents said Guzman is also suffering physical ailments that have gone unaddressed, including headaches, ringing in his ears and throat pain.

There was no immediate response from prosecutors who have fought to keep the restrictive conditions in place for a defendant they have said has proved to be a risk of escape.