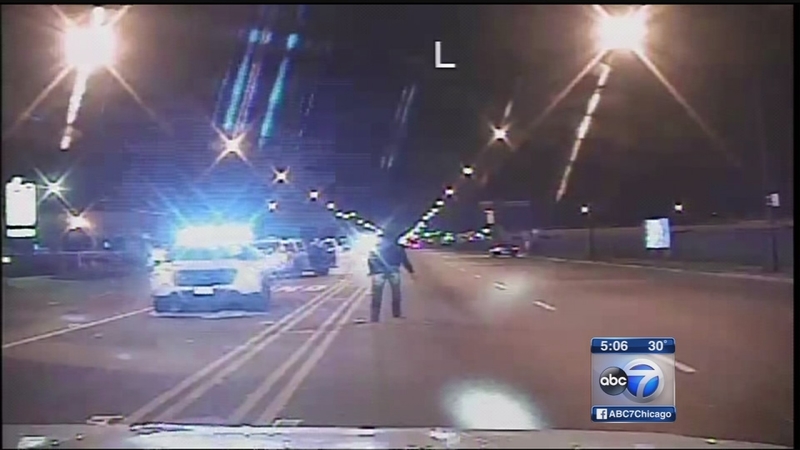 CHICAGO (WLS) -- Mayor Rahm Emanuel said he will instantly enact the Police Accountability Task Force's recommendation on when video and other evidence related to police-involved shootings should be released to the public.

The task force has recommended to require video, audio, and 911 calls involving police shootings, the use of a stun gun or physical force be released within 60 days of the incident. If police or prosecutors think the release would hurt an investigation, they could ask for a delay - but only for an additional 30 days.

"This is all about an attempt to rebuild the trust between the community and police," said Sergio Acosta, a Police Accountability Task Force member.

For years, when reporters and the public have used Freedom of Information laws to try to get video of police-involved shootings released, the response could be summed up in one word: "denied". Police would cite an ongoing investigation and oftentimes, it would be a year or more before the video would be made public.

It took more than a year - plus a judge's order - for the city to release video of an officer shooting Laquan McDonald to death. The delay fits a pattern and practice in which police and prosecutors have used virtually every tool in their legal toolbox to keep videos like this from becoming public.

"We hope not just video, but audio and the police reports that are also part of our policy will give a fuller picture of what occurred in a particular incident," Acosta said.

Emanuel created the Police Accountability Task Force in the wake of weeks of protests and questions about his own handling of problems in the police force.

"My ultimate goal is re-establishing the trust between the public and the police department because that trust is essential for public safety," Emanuel said.

The Police Accountability Task Force has two more public meetings scheduled for this month. Their full list of recommendations for change is expected at the end of March.