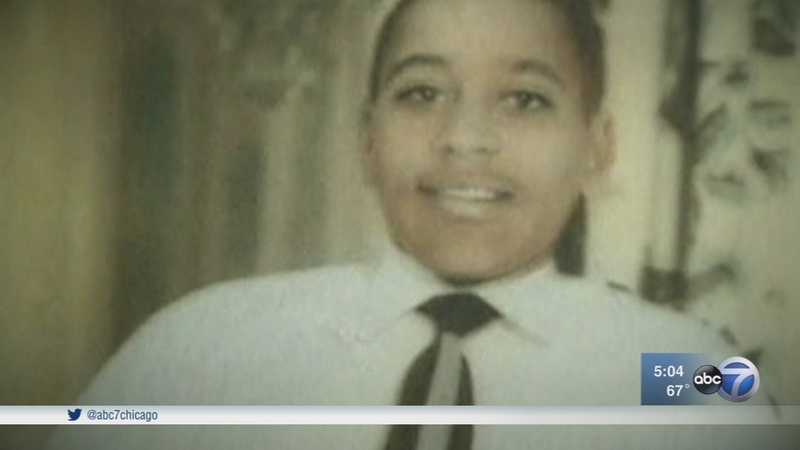 CHICAGO (WLS) -- Emmett Till's family is calling for the Justice Department to reopen his murder case after information in a new book suggested false testimony was presented to investigators.

Till was a Chicago teenager who was kidnapped and murdered in Mississippi in 1955 after a white woman alleged he said and did vulgar things to her while in a store.

The U.S. Department of Justice closed its case on Emmett Till's murder, but now relatives of the teenager are starting a campaign for them to take another look after the woman who made the accusations against Till appeared to have recanted her statement.

"I know that our family deserves justice, some form of justice," said Airickca Gordon-Taylor, cousin.

Author Timothy Tyson wrote about interviewing Carolyn Bryant, Till's accuser, in his new book "The Blood of Emmett Till." In it, Tyson said Bryant recanted some of her story.

Bryant was the alleged object of Till's vulgar remarks and behavior in Money, Miss., which motivated a lynch mob to take the boy and murder him. His mother insisted on an open-casket funeral, and his mangled body on full view at his Chicago funeral gave momentum to a building Civil Rights movement.

Wheeler Parker was with Till in Mississippi that day, and has always disputed what Bryant said.

With Till's mother Mamie Till Mobley long gone, some of his cousin's want the case reopened and, if Bryant fabricated any part of her story, for her to pay for the injustices that followed.

"For many years I watched Mamie cry tears from the lie that this woman told," Gordon-Taylor said.

In interviews with the author, Bryant was quoted as saying, "Nothing that boy ever did could justify what happened to him."

ABC7 Eyewitness News was not able to reach the author to be interviewed Friday, but as a result of this new information Till's family in the Chicago area has already received support from some congressional leaders to reopen the investigation.
Related topics:
chicagomississippimurderdepartment of justiceblack historyhistoryracism
Copyright © 2021 WLS-TV. All Rights Reserved.
More Videos
From CNN Newsource affiliates
TOP STORIES