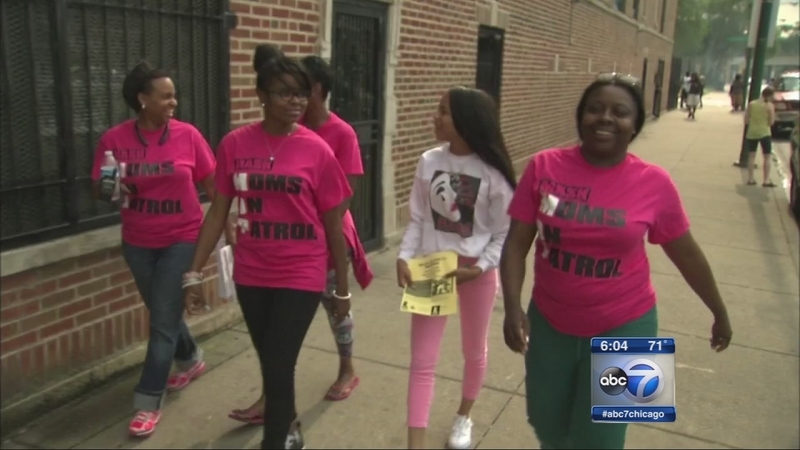 CHICAGO (WLS) -- A group of mothers is on the streets in Chicago's Englewood neighborhood in an effort to stop the violence. They hope their presence will help prevent more deadly shootings.

They are the eyes and ears on the lookout for potential problems in the neighborhood, but they also want to be seen.

This group, calling themselves Mothers Against Senseless Killing, hope their presence will deter the kind of violence that claimed the life of 34-year-old Lucille Barnes. A memorial is set up on the corner where she died.

"I am a mom who hasn't lost children and I don't want to," says Tamar Manasseh. "And I have two teenagers and it's really hard to keep your kids alive in Chicago."

These women are all volunteers and it's a big time commitment, requiring at least four hours every afternoon. They plan to be out all summer until Labor Day.

A number of neighbors are dropping off donations of cash and supplies, supporting the effort and the idea.

"It's either a time commitment or a life commitment," says Daira Brooks/Neighbor "Do you want to be alive? And if you have children that's obviously the children are the ones who's being hurt out here, do you go ahead and sacrifice some time to make sure your kids will stay alive?"

The volunteers are mostly parents themselves, trying to make the neighborhoods safe for their own kids and for others. They are grilling burgers for the neighbors, hoping to establish a welcoming and more peaceful atmosphere.

"We're just here let people know that we're the ones who make the difference if we come together and do something different," says Jesse Davis of Men Against Senseless Violence.