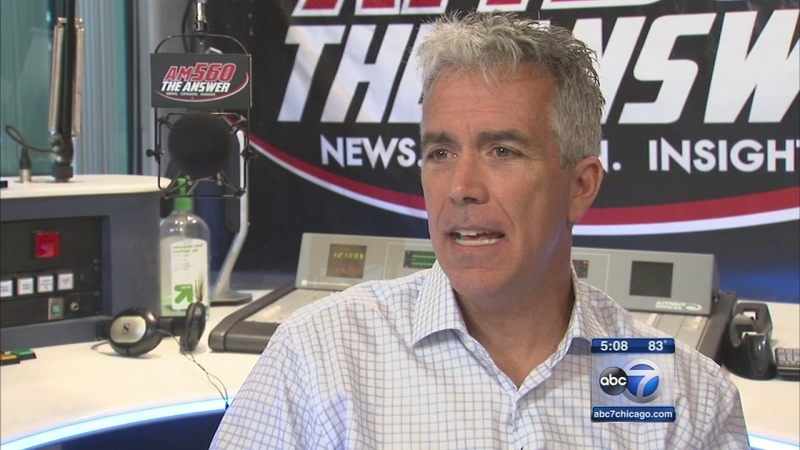 CHICAGO (WLS) -- Former Illinois Congressman Joe Walsh is defending a tweet in which he told President Obama to "watch out" in regards to the Dallas police ambush.

The late-night tweet, which has since been deleted, ignited a Twitter firestorm and calls for Joe Walsh to be arrested for threatening the president.

"Go kill the President of the United States? Nobody with a brain would say that," Walsh said.

The one-time lawmaker - now a conservative talk radio host on WIND-AM 560 - said the tweet to his 65,000 followers was misinterpreted. It read, in part: "This is now war. Watch out Obama. Watch out black lives matter punks. Real America is coming after you."

"What I said in that tweet was, 'Hey Obama, Black Lives Matter, watch out, man. The rest of America now is going to stand up and stand with our cops,'" Walsh said.

Twitter took down the controversial message, but not before it and/or a saved screenshot went viral.

For one, singer John Legend read it and tweeted: "Joe Walsh needs to be arrested for threatening our president".

"There were probably a thousand people last night and today--because they told me--that contacted the FBI or Secret Service to tell them that Joe Walsh is asking people to kill Barack Obama. Arrest him," Walsh said.

Neither the FBI nor the Secret Service would comment. Republican Walsh won the Illinois 8th District seat in 2010 and served two years before losing a re-election bid.

He would not apologize for the tweet and continued to blame statements by Black Lives Matter activists and the president for turning many people against law enforcement.

"I think Obama's words and the deeds of Black Lives Matter, I think they have contributed to the deaths of police officers in this country," Walsh said.