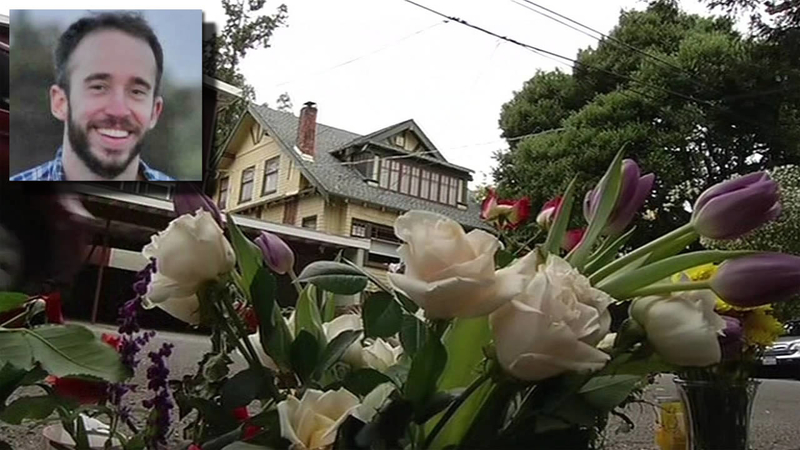 OAKLAND, Calif. -- A former NASA scientist was fatally shot a few doors from his home in Oakland Saturday night.

Brian Bole, 30, was shot near the Kingfish Pub & Cafe while he was walking two miles to his home.

Neighbors say Bole was walking home from Kingfish. He was just doors down from his own home when he was shot. pic.twitter.com/3YXihjY5kY

Bole's mother, father, sister and ex-wife flew to Oakland from Florida Tuesday to meet with police about the murder. They came to his house to collect his belongings. Roommates describe Bole as brilliant, a Ph.D. in electrical engineering from Georgia Tech who fell in love with California when he moved there a few years ago. He became an avid skier and hiker.

Neighbors said they heard the gunshots, with one neighbor saying she immediately ran outside and saw Bole on the ground. A makeshift memorial is decorated with flowers and candles where Bole died. Bole worked as a health data scientist. His family is devastated.

"They have been completely rocked, their world has been turned upside down," Oakland Police Department Lt. Roland Holmgren said.

"He was clearly gone. He had a gunshot wound in his forehead," a neighbor said.

"Did somebody come and kind of search out an opportunity to rob someone? Or are they living in our neighborhood and watching people come and go, and know where to strike?" a neighbor said.

Police say they are still zeroing in on a motive. Neighbors say Bole's wallet was not stolen. The neighbor who found him said she noticed he had an earbud in but did not see it attached to a phone.

"Violent crime in that area is something that we don't typically see," Holmgren said.

"It's time for more lighting and more cameras and just more vigilance," one neighbor said.

Neighbors are exchanging information over an email thread and sharing surveillance video.

"When I seen the surveillance I was like, 'Oh my God, that's the guy I saw running,'" one woman said.

Oakland police are asking neighbors to come forward with any information about the shooting.

Bole was a data scientist with a PHD from Georgia Tech. OPD says it does not appear his homicide is connected to 2 others this weekend

Neighbors say they heard one gunshot 1215am Sunday around 3-thousand block of Richmond Blvd, found Bole with gunshot to his forehead