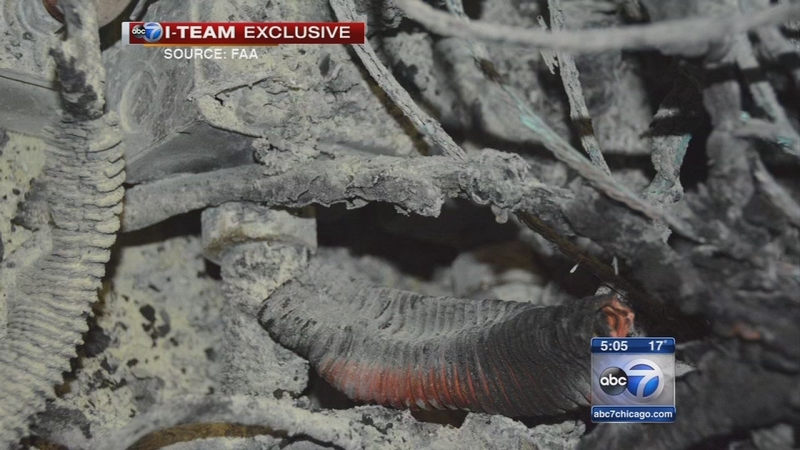 AURORA, Ill. (WLS) -- Flights grounded. People stranded. We've seen images from outside of the Aurora air traffic facility, now for the first time, a look inside at the damage that crippled air travel in late September.

The I-Team obtained dozens of photos form the FAA under the Freedom of Information Act. They detail the damage caused by an intentionally-set fire inside the building known as Chicago Center. Flames melted computer cables, data lines and hard drives.

The pictures appear to show the fire was not isolated to one part of the basement room that functions as the nerve center of the air traffic control facility. Instead, the damage occurred under false floors and up on computer racks. Ceiling lights were scorched and ash covered sensitive equipment.

In all, the FAA reports that 20 racks of equipment and 10 miles of cabling had to be replaced.

"This was an act of sabotage where someone willfully and knowingly damaged key infrastructure for our national airspace system," said FAA Administrator Michael Huerta on Oct. 3.

That "someone," the government says, is FAA contractor Brian Howard. He allegedly used his access and intimate knowledge of the facility to set the fire Sept. 26 in what his attorney describes as a failed suicide attempt.

"Brian regrets the act he took at the lowest moment of his life. This single act is not reflective of the many years of dedicated and devoted service he gave to his country."

Howard is charged with one count of destruction of aircraft facilities and remains in federal custody.
Related topics:
aurorabuilding firefaafire
Copyright © 2021 WLS-TV. All Rights Reserved.
RELATED 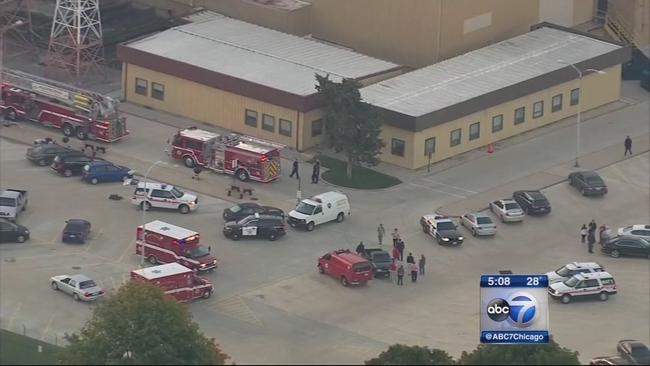 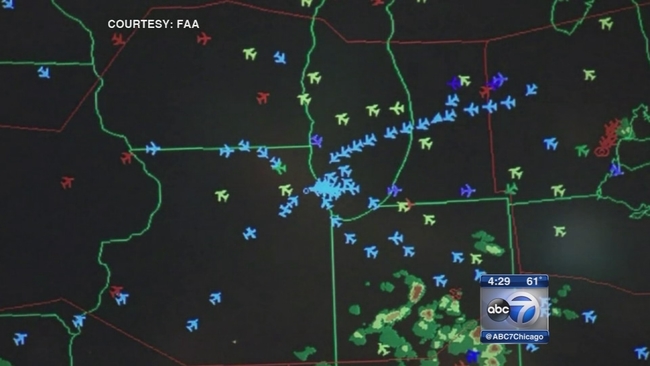 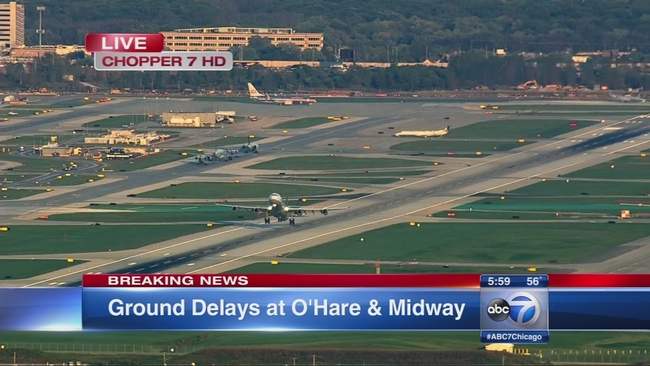