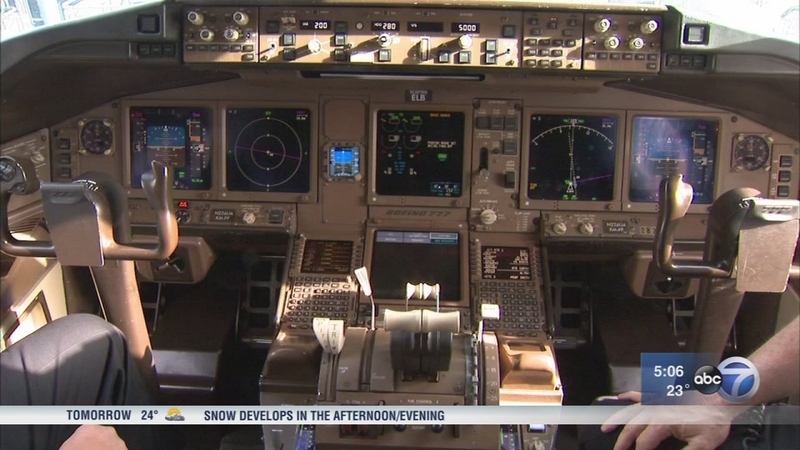 CHICAGO (WLS) -- The Federal Aviation Administration said it will reduce delays at airports by speeding up communication between pilots and air traffic controllers.

When a plane is preparing to depart an airport, the controller radios a flight clearance to the pilot and the pilot reads it back, and sometimes they don't get it right.

Voice commands are often cumbersome, mistake prone, and they gobble up time, so the FAA is moving to what it calls Datacom. The flight instructions are typed up and sent by controller directly to the cockpit. That means no muss, no fuss, no read back, a more timely departure and a big fuel savings.

"We expect to see more savings especially in the summer months when the thunderstorms come. That's when it makes the dollars," Capt. Chuck Stewart, United Airlines, said.

Datacom was launched last year. O'Hare and Midway went operational with it in October. It allows controllers to communicate with multiple aircraft at once which is especially valuable when weather requires route changes on the fly.

"When we can send them the route through Datacom versus reading its hands down a more efficient route," Dan Carrico, NATCA O'Hare controller, said.

At a fundamental level it's very much like transitioning from talking on your phone to texting. But Datacom is more complicated.

It required a lot of retrofitting and testing--for there is no margin for error in managing air traffic.

"It's not just text messaging in that sense. It's air traffic control messaging sent over a very reliable and robust system and secure," Jesse Wijntjes, FAA, said.