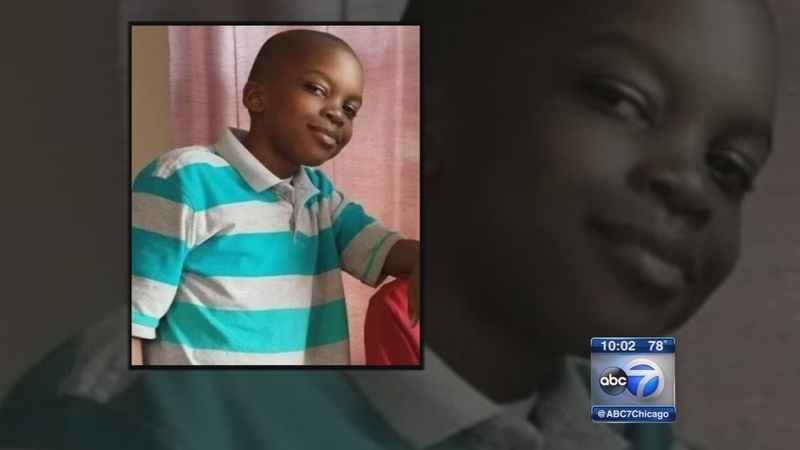 The victim's relatives made a plea to the shooter, who remains at large on Wednesday night.

"He was just a child, just a baby, still had a whole life ahead of him. And like, why? Just a child," said Kenya Eggleston, victim's cousin.

Smith was shot multiple times in the chest around 4 p.m. Wednesday in the 1200-block of East 71st Street.

"At first I didn't know if they were really shots or not. I just heard pop, pop, pop, pop, pow. So I just kept doing what I was doing," said Dave West, neighbor.

"It hurts my heart, really, to see the young kids just, just killing each other. And school is getting ready to start," said Robert Blake, neighbor.

Sources say Antonio, a soon-to-be third grader, was found in the backyard of this apartment building, where he wasn't a resident. It's unclear why he was there.

Forensics investigators and K-9 units combed the neighborhood and nearby Metra tracks for evidence Wednesday night. Smith was rushed to Comer Children's Hospital, where he was later pronounced dead.

"I just want whoever did this to turn themself in because he was a 9-year-old innocent baby. He didn't deserve that," said Rasheda Eggleston, victim's cousin.

Antonio's relatives say he lived in the neighborhood, but they don't know why he was at that location.