WPVI
WILMINGTON, Del. -- The family of a teenage girl who died after an alleged assault in a Delaware school has released a statement condemning scammers who are trying to capitalize on their loss.

Police say 16-year-old sophomore Amy Joyner-Francis was assaulted by two other students at Howard High School of Technology in Wilmington last week and died from her injuries.

In a statement issued via Wilmington Police, her brother sought to warn of the "many sick people out in the world who want to gain money and social fame off my family's loss."


Anthony Joyner said he is the only person in his family with a social media account and that the family does not have any fundraisers or GoFundMe accounts.

In addition, he pointed out that Amy does not have a sister, despite one person's claims.

"They are fake pages and accounts are spreading hateful lies, so please do not lose your money or entertain the lies of these cruel people," he said in the statement.

Joyner concluded by saying anyone who would like to make donations can in Amy's name to the Congo Funeral Home in Wilmington.

In the statement, Joyner also said his family appreciates "the outpouring of love from everyone" and thanked everyone for the "warm words towards my sister."

No charges have been filed in Amy Joyner-Francis' death as police this investigation continues.

"One of the things we did not want to do is we did not want to rush to judgement and place charges that could possibly be overturned or we look like we didn't know what we were doing," Wilmington Police Chief Bobby Cummings said during a town hall meeting with the community on Monday night.

"She's not a fighter and she would not fight over something dumb," Rogers said. "We need to stop the fighting, we need more security because this should not happen." 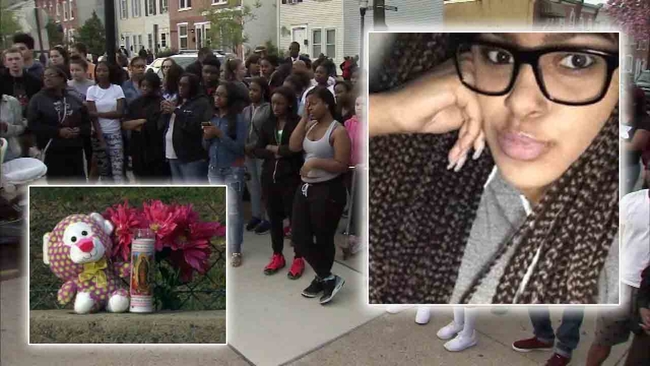