WLS
By Leah Hope
CHICAGO (WLS) -- The family of Chequita Adams, the woman killed in a West Side crash Monday that also killed an off-duty police officer, is seeking legal action to find out what happened before the fatal accident.

Early Monday, minutes after leaving work at the Chicago Police Department's 10th District, 32-year-old Officer Taylor Clark was killed when his Jeep struck a Nissan at West Roosevelt Road and South Kostner Avenue. Adams was in the Nissan, waiting to make a turn.

Prior to the crash, the off-duty officer was pursued by an on-duty officer, who mistakenly thought he was involved in a carjacking. Surveillance video shows part of the pursuit.

Adams' relatives said the 27-year-old was looking forward to working at the Taste of Chicago as a security officer.

Chicago police have referred all questions about the incident to the city's Independent Police Review Authority, which has not commented on their investigation. 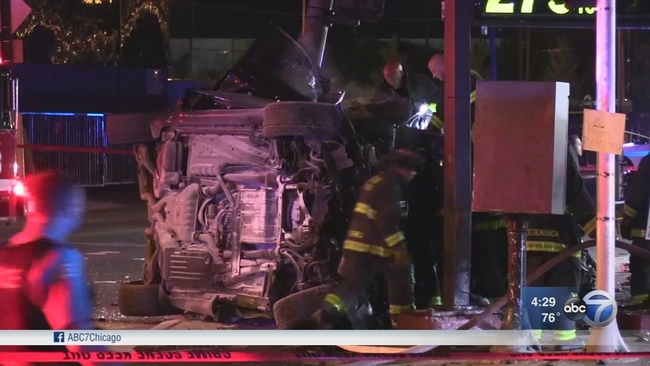