An ABC7 I-Team Investigation
WLS
By Jason Knowles
CHICAGO (WLS) -- Worldwide and local authorities are cracking down on alleged telephone scam artists, many of them pretending to be from the IRS.

Dozens of suspects were indicted Thursday by the U.S. Department of Justice. Eight defendants are here in the Chicago area. The feds say it is tele-fraud scheme which uses different lies to take your cash.

An 81-page indictment names 61 suspects from all over America and India. Several were in federal court in Chicago, from suburbs like Glendale Heights and Arlington Heights. The U.S. Department of Justice said they all ran call centers designed to rip off Americans.

"I think the message of today's takedown, this is the first time we've done this in a coordinated way and the message is, we are now taking action against these kinds of groups in the US including many of the defendants in this case in India. We will be seeing their extradition," said Assistant Attorney General Leslie R. Caldwell, U.S. Dept. of Justice.

All of the stories had one goal: getting victims to wire money or personal information. The feds said 50,000 victims of identity theft and that 15,000 people reported $300,000 in financial losses.

"Unfortunately, they might not see anything back, we are trying as best we can to trace the money and seize whatever money is available. We will seek in the indictment money judgements against the defendants following conviction," Caldwell said.

"I just wanted to kind of run and hide," one victim said. "I didn't want anyone to know how badly it was impacting me so I just tried to ignore it."

Authorities said this women, who did not want to be identified, was a victim of the suspects indicted on Thursday. She said she was tricked into sending almost $7,000 for so-called back taxes to a phony IRS agent.

"I realized I'd been had. I just absolutely couldn't believe it. I'm a professional woman, I'm an intelligent woman. I'm the kind of person who would look at people who got scammed like this and wonder how that could happen to them. I'm not the type of person this happens to. But it did. It did," she said.

Last week, the I-Team reported on Orland Park resident Mary Jo Cain-Reis and her mission to warn the public about the IRS scam. She recorded calls and pretended to fall for it. She never gave them the money.

"The guy tells me I'm tax deficient. I'm going to jail, I'm going to serve six months in jail. I'm like, what? Excuse me? I know I paid my taxes," Cain-Reis said.

The Chicago-area suspects were in federal court Thursday afternoon. They remain in federal custody and did not enter pleas. They will have a bond hearing next week.

The most important warning to remember about all of these scams: no government employee will ever call your home and ask you for money. Period.
Related topics:
glendale heightsarlington heightschicagoirstelephonei teamu.s. & worldscam
Copyright © 2020 WLS-TV. All Rights Reserved.
RELATED 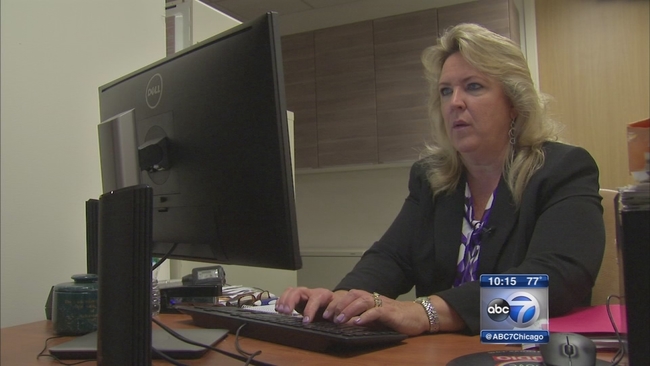