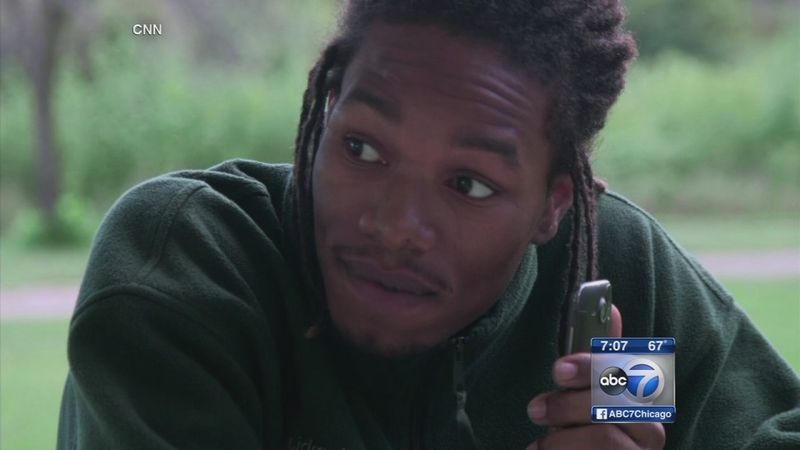 CHICAGO (WLS) -- He tried to get away from Chicago's streets and was featured in a documentary about his struggles to stay out of gangs.

Lee McCullum Jr., 22, was shot and killed overnight. CNN's "Chicagoland" showed how his life went from gangs to graduating, from problems to prom king.

"I never thought I would give this person an award because we had some tough times back in that first and second year. Lee McCullum, come on up," said Liz Dozier, who was principal of Fenger High School at the time "Chicagoland" aired.

It was a pinnacle. Lee McCullum started in trouble, but ended on top as a prom king and honor roll student - even looking forward to college.

"Fenger helped me get in college. I didn't have no hopes and no dreams of going," McCullum said at the time.

At times, McCullum - who graduated in 2013 - even fled the streets, living on a farm with relatives.

"I'm trying to surround myself around some positiveness," McCullum said in 2013.

But his life ended as he feared: shot to death on the streets of Chicago.

"I'm getting emotional. But whoever did this, I wish they catch them. And I feel sorry for his parents, too," said George L. McCullum, victim's grandfather.

Chicago police found McCullum early Thursday morning in West Pullman with a gunshot wound to his head. Another killing, but also a strong reminder that everyone killed has a story.

Dozier was the principal featured in the documentary, keeping connected and helping McCollum survive, and even thrive.

"He slowly made this progression into the great kid we knew to be: really involved in school, basketball team, just a great kid," Dozier said.

But a year after graduating, McCullum was shot in the leg. And just three weeks ago, his family says he was with his girlfriend - Tiara Parks - when she was shot and killed on the South Side.

"I'm going to miss him," his grandfather said.

Chicago police said McCullum - who was considered a documented gang member - was shot and left for dead on the street. Police said that is where he died Thursday morning. No one has been arrested so far.

There is a point in the documentary where Principal Dozier specifically told McCullum that she doesn't want to go his funeral. Now, she said we all have to be part of the solution.