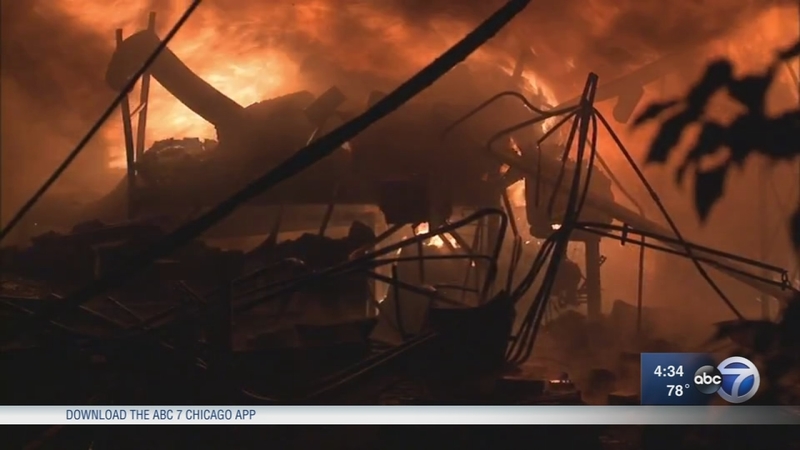 CHICAGO -- A massive fire destroyed an industrial building on Chicago's Northwest Side early Friday morning and temporarily shut down an exit ramp on the Kennedy Expressway.

When fire crews arrived around 4:15 a.m., the flames were through the roof of Horizon Metals, located at 3925 North Pulaski Road. There was also a large explosion - possibly a propane tank - forcing firefighters into defensive mode.

The blaze was under control by 5:30 a.m., before the flames spread to a nearby house. It was extinguished less than an hour later. Firefighters stayed at the scene to watch for hot spots. The building is a complete loss, authorities said.

The metal plating business was closed when the fire started. No one was inside the building, officials said.

A hazardous materials team was called to the scene as a precaution. Authorities later said there was no threat.

One firefighter suffered back injuries while battling the blaze. He was transported to Swedish Covenant Hospital for treatment and is expected to be OK.

CTA No. 53 and No. 80 buses were temporarily rerouted due to street blockage.