Obama returned to his roots for his first public appearance since he left office almost 100 days ago, and seemed relaxed and in good humor during his panel talk at the Logan Center for the Arts at the University of Chicago, where he was joined on stage by six young leaders.

"So, uh, what's been going on while I've been gone?" he asked the crowd with a smile.

The former president's speech was not about politics, nor was it about the issues of the day, but instead it was an 80-minute question and answer system focused on how to get the next generations involved and engaged in civic life.

"The most important thing I could do is to help in any way I can prepare the next generation of leadership to take up the baton," he said.

Obama was joined on the stage by a diverse group of six former and current students from across the city. He began the discussion by describing his work in Chicago as a community organizer and how it laid the foundation for his future political career. Helping the next generation prepare meant offering some advice.

Learning to fail, listening to opposing viewpoints and being a bit circumspect when taking selfies for social media were all tips the former president passed along.

"If you had pictures of everything I did in high school, I would have never been president," Obama said.

Obama also described the problems facing the world and how he believes young people to get engaged in order to solve them.

The former president asked each of the six students on stage what are the things that are discouraging young people from civic engagement and what can be done about it.

Admitting he didn't accomplish much in high school or college, Obama made quite an impression with the group on stage with him.

"He was just so cool, I just didn't imagine him being so cool and laid back," said Ayanna Watkins, Kenwood High School Student and panelist.

"He really does believe that there's a lot of us have to offer of the world," said Harish Patel, Chicago Deputy Director at New America and panelist.

"The whole day has been surreal, it will definitely be a day that sticks with me for the rest of my life. It was great to hear him talk a little bit about failure," said Kelsey McLear, Loyola University Student and panelist.

The discussion Monday was ticketed and by invitation-only. Only 300 tickets were given out to students from different schools across the Chicago area.

Some of those students in the audience said that when they graduate from college, they want to be politicians or diplomats.

"I preach in my school that we are the next generation to change the world for the better and I have to practice what I preach because of that and he is somebody I look up to all the time," said Samir Hassan of Harold Washington College.

"He taught I think what I like to say is little brown girls like me that you know we can have a dream and you can be a certain color and certain race a certain gender and still have big dreams and aspirations," said Athena Guizar, a Harold Washington College student.

The event was Obama's first major public appearance since leaving the White House and concludes his two-day trip to Chicago. Sunday night, Mr. Obama was at a fundraiser for his future library and before that he spoke privately to a group of young people about gang violence, job skills and employment.

Obama will also hold several high-profile events in the weeks to come, some in the U.S. and some in Europe.
Related topics:
hyde parkchicagokenwooduniversity of chicagobarack obama
Copyright © 2020 WLS-TV. All Rights Reserved.
RELATED 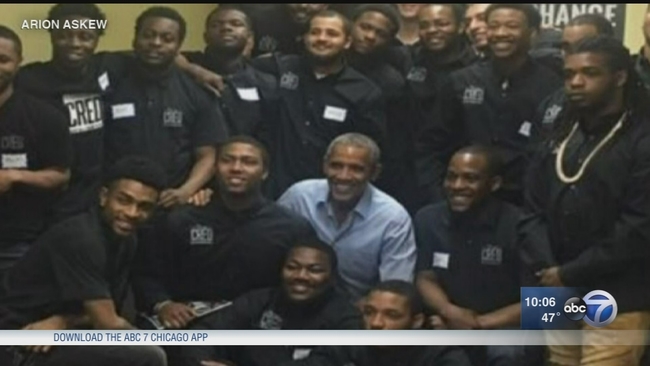 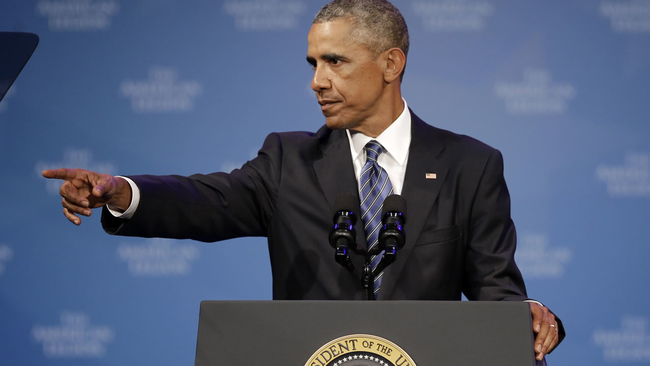