Four-vehicle crash seriously injures 3 on I-65 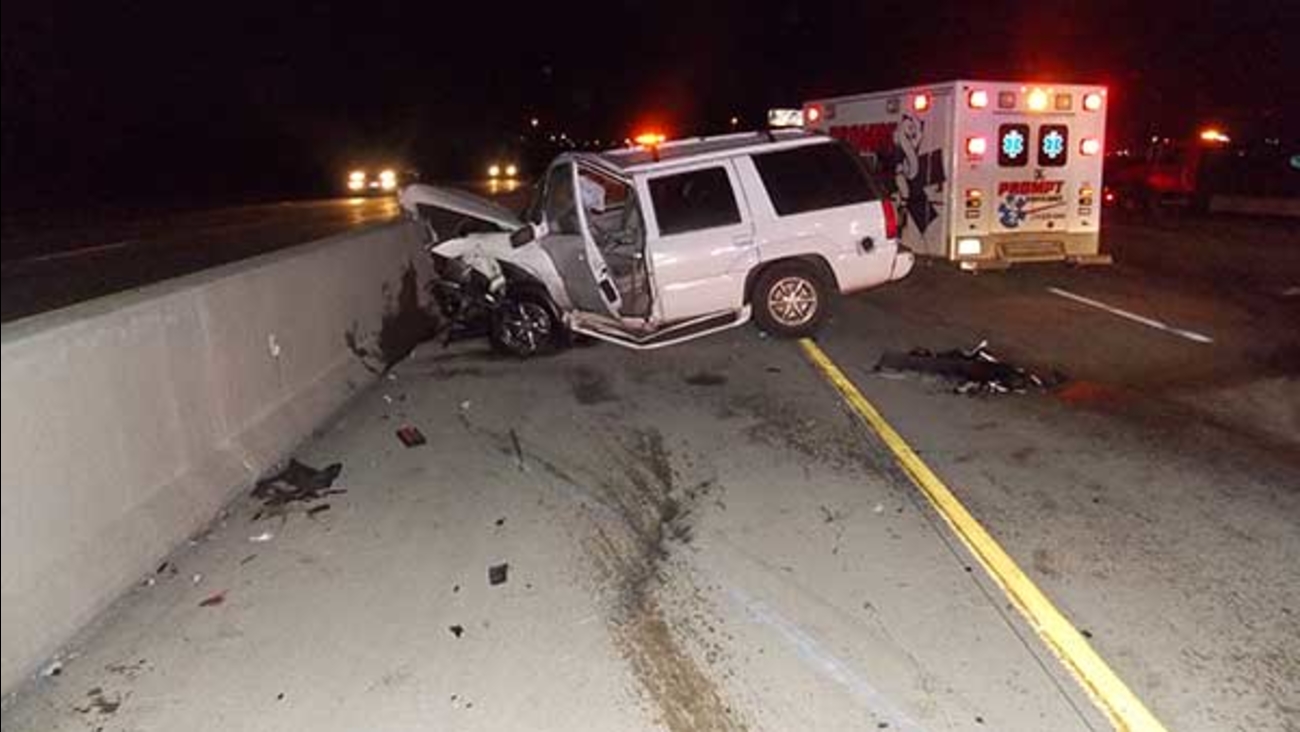 WLS
LOWELL, Ind. (WLS) -- A four-vehicle crash on I-65 in northwestern Indiana sent three people to the hospital with serious injuries, police said.

Armando Gomez, 33, was allegedly driving a 1999 Cadillac Escalade northbound on I-65 around 11:04 p.m. Saturday when his vehicle hit a 1997 Nissan Maxima from behind at a high rate of speed, officials said, causing his vehicle to spin out into the left lane of the highway.

The Maxima, driven by Franklin Jackson, 31, then spun off the roadway into a ditch just east of the highway, police said.

A 2001 Cadillac, driven by Kennia Green, 36, then hit Gomez's vehicle almost head-on, causing the Escalade to go into the median, police said.

A 2005 Pontiac Grand Prix, driven by Adam Barbee, 27, attempted to avoid the crash but sideswiped Green's vehicle in the left lane, police said.