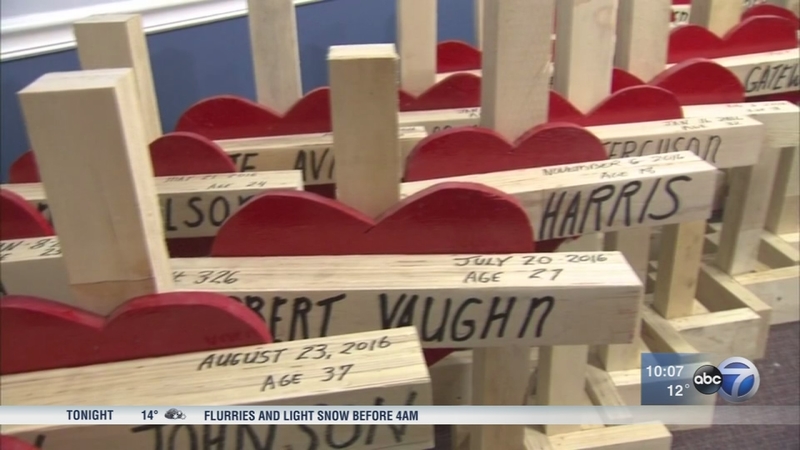 Pfleger said the marchers, many of whom will be family members of victims, will each carry a two-foot tall white wooden cross bearing the names of each person killed by gun violence in the city this year.

"We think of them like numbers, statistics, faces that come and go. These are human beings," Pfleger said.

"If we see 760, 770 crosses on Michigan Avenue, I don't think anybody can deny the magnitude of the loss of life in Chicago this year," he said.

The crosses were made by Greg Zanis, a carpenter in west suburban Aurora.

"And by putting the names and all the photos on all these crosses, this is their day to get a little bit of dignity out of this," Zanis said.

Pflger will lead the march of white crosses through the heart of the city's downtown artery that almost never seen violent crime. The route is intentional.

"Here we are, coming back with numbers back to the 1990s," Pleger said.

The hope is a new year will bring a resolution to take on Chicago's violent crime.