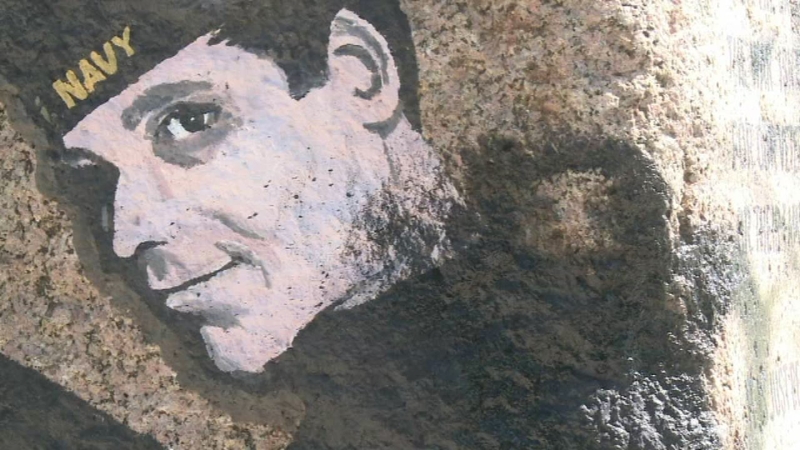 "I think there's a lot of veterans especially happening on Memorial weekend who are extremely disheartened by the fact that somebody would not even contemplate what this means to those people," Mary Carlson, an area resident, told KWWL-TV.

More than just a tribute, the Freedom Rock is a powerful illustration of the cost of war. The words of honor are now illegible, barely able to make out.

Police say it happened overnight but because there are no surveillance cameras in that area, they don't know who did it.

"It just really worries me, because not only do they not care about all the work that was put in, but someone's not watching them," Carlson said.

The damage didn't stop at Freedom Rock, it actually moved into the neighbor's yard and backyard. Carlson's parents live right next door to the Freedom Rock. They woke up to graffiti on their fence and shed.

"You know this is going to cost a lot of money for someone to fix the Freedom Rock and then of course we're going to have to repaint everything at my parents' house," Carlson said.

And many asking if they can even remove the graffiti.

"It worries me that it's going to continue if we can't put a stop to it right away," Carlson said. "I have no doubt that they're children or kids, because I can't really imagine an adult thinking this was okay."

According to local reports, the Freedom Rock was painted by Greenfield artist Ray "Bubba" Sorensen. He hopes to create a Freedom Rock in every county.