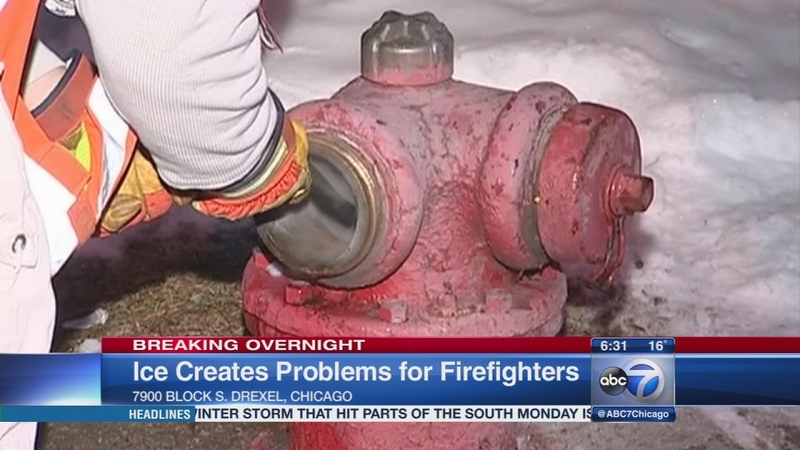 CHICAGO (WLS) -- Frozen hydrants caused by frigid weather in Chicago made it tough for firefighters to put out flames overnight. This week's deep freeze will not make their jobs any easier.

Crews responded to an extra-alarm fire around 1:40 a.m. Tuesday in the city's Chatham neighborhood. Flames broke out in a vacant three-story apartment building near East 79th Street and South Drexel Avenue.

With temperatures in the teens and wind chills in the single digits, at least three hydrants were frozen and had to be steamed open. The fire was struck around 2:30 a.m. Tuesday.

No one was hurt in the fire. No nearby homes were affected.

The cause is under investigation. Fire officials said there was no indication that there were any squatters inside the unoccupied building.