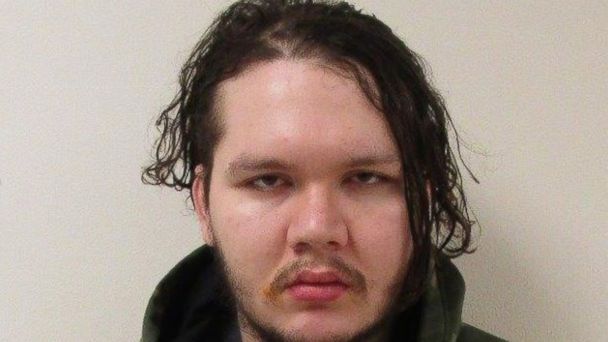 Garver, 28 -- who was arrested in 2013 for first-degree murder and accused of torturing a woman to death, but found too mentally ill to stand trial -- was captured in the woods near the Washington-Idaho border Friday, after being tracked down by a police dog, Spokane County Sheriff Ozzie Knezovich tells ABC News.

As of Friday evening, Knezovich said Garver was under arrest and en route to a hospital, suffering from dehydration.

At a press conference Friday evening, Knezovich further elaborated about Garver's capture, saying that Garver was discovered hiding under a pile of debris, without any weapons. He added that Garver had made contact with his parents, expressing an interest in obtaining his passport in order to travel to Morocco. He did not obtain his passport, though.

Garver had escaped along with fellow patient Mark Alexander Adams, 59, who was apprehended Thursday in Des Moines, Washington, about 30 miles north of Western State Hospital.

Garver and Adams were last seen in the hospital's dining hall Wednesday at 6 p.m., and hospital staffers learned they were missing at 7 p.m. and notified police.

Adams, who had been sent to the hospital to receive treatment on a domestic violence arrest, was spotted on a public bus at 10:30 p.m. "and inquired about how to get to the airport." He was apprehended in Des Moines, Washington, "without incident," according to Lakewood Police Lt. Chris Lawler. Lawler did not say who recognized Adams but did say that he was spotted as a result of the media attention to the case.

In a related incident, Washington state officials announced Friday that another patient went missing Wednesday from Western State Hospital -- although officials were adamant about describing it as an "unauthorized leave" --not an "escape."

Lt. Lawler of the Lakewood Police Department said Friday, "For those of you inquiring about another patient missing from WSH, it's a person with ground privileges that failed to return. It's somewhat common out there. It's not an escape. We take reports and look for the person, but not like Garver or Adams unless there are special circumstances."

The unnamed individual left the facility Wednesday with an escorted group, but didn't return, according to the Associated Press. The patient -- who was under less restrictive conditions than Garver and Adams -- was committed to Western State Hospital after being deemed unfit to face trial on residential burglary charges and violation of a no-contact order.