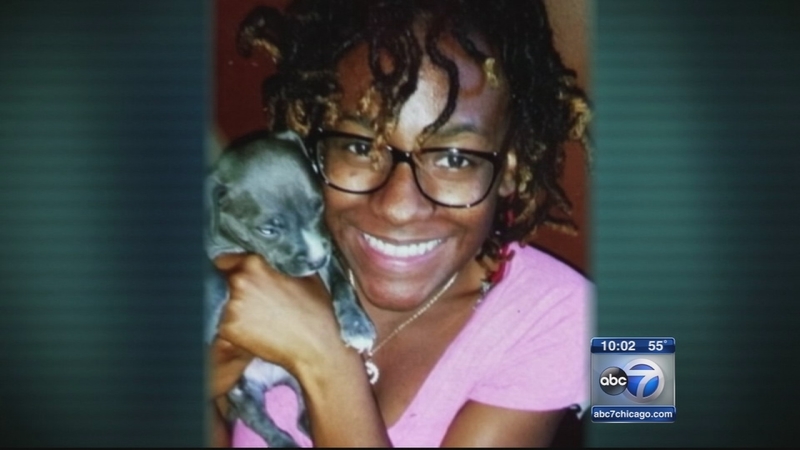 PHILADELPHIA -- A woman abducted on the streets of Philadelphia has been found alive and police have her suspected abductor in custody.

"Tonight, the FBI and Philadelphia Police Department have great news that Carlesha Freeland has been rescued, her abductor has been arrested in Maryland," Special Agent Hanko said.

Hanko says with the help of the media and tips, they were able to identify 37-year-old Delvin Barnes as the suspect in the November 2nd abduction of 22-year-old Carlesha Freeland-Gaither.

Barnes is currently being held on a warrant based out of Charles City County, Virginia sheriff's office for attempted capital murder, assault, malicious injury with acid, explosive, or fire.

Hanko says he will be charged federally with the crimes in Philadelphia.

On Wednesday night, a task force from the Baltimore FBI office consisting of U.S. Marshals, ATF agents, and FBI agents, located the car in the area of Jessup, Maryland.

Agent Timothy Jones says they got a tip and discovered the car in the parking lot of a shopping center just on I-95.

Plastic was covering the window that Freeland-Gaither kicked out during her abduction but those agents were still able to get eyes on the man and woman inside.

Agents say, at first, both were sitting on the passenger side then Barnes moved into the driver's seat.

"For fear of him driving away before we could detain him and determine that was actually our abduction victim, the agents, at that point, moved in," said Jones.

Jones says the agents surrounded the vehicle taking down Barnes without incident.

"It was fantastic because I was actually on the phone with the detective from the Philadelphia Police Department and it was one of those moments where we were very happy that luck was in our favor," said Jones.

Freeland-Gaither was rushed to nearby Howard County General Hospital for her injuries but she was safe.

The victim's mother Keisha Gaither thanked the Philadelphia police, the FBI, the public, and her family and friends for finding her daughter.

Ramsey made sure to point out Detective James Sloan who made a promise to Keisha Gaither.

"He said in my kitchen in front of me, 'I'm bringing your daughter home' and he brought my daughter home," Keisha said and then gave the detective a hug.

"So this is very important this has a happy ending. We all need to celebrate but also understand that this young woman has gone through a lot of trauma over the last few days, psychological trauma, and we need to respect her privacy," Ramsey said.

It is not clear at this time if the suspect arrested is the same man described as a person of interest who was seen in various surveillance videos released by police.

Earlier Wednesday, Philadelphia police released the latest in a series of surveillance videos showing a person of interest in the abduction.

It shows the person of interest walking into an ACME supermarket in Fox Chase. The date stamped on the video is November 2nd, the same day as the abduction.

In the video, the man is wearing a dark colored knit cap, dark pants, multi-colored tennis shoes (possibly black and red) and possible chain for a wallet hanging from the right pants pocket.

Her family says Freeland-Gaither worked as a nurse and had spent the evening visiting with her godson before heading home.

They say she had just gotten of a bus and was just blocks from her home when she was abducted.

Surveillance video shows the first moments when Freeland-Gaither came in contact with the large man who took her.

The man is seen reaching his hand out to her on the 5400 block of Greene Street and Freeland-Gaither slowly backing away.

She tries to get around the man again, and that's when he lunges and grabs her. The two then disappear from view.

Surveillance video from another camera shows Freeland-Gaither being dragged down the 100 block of West Coulter Street then shoved into a car, believed to be a 2000-2002 dark gray metallic 4-door Ford Taurus with Maryland tags.


Police say Freeland-Gaither kicked out both rear windows just before the car sped away. Police later found her glasses and cell phone lying on the road where the abduction occurred.

That car was just one of a handful of Maryland connections in this case.

Freeland-Gaither was raised in Maryland and returned to Philadelphia two years ago.

Police released surveillance images from a Maryland ATM where her ATM card was used.

The images were taken at an ATM at a PNC Bank just off Interstate 95 in Aberdeen at 6:01 a.m. Monday morning.

See Photos of the Person of Interest


Another surveillance video shows the person of interest inside an Aberdeen, Maryland gas station mini-mart.

The FBI also posted messages on billboards to help with the search.