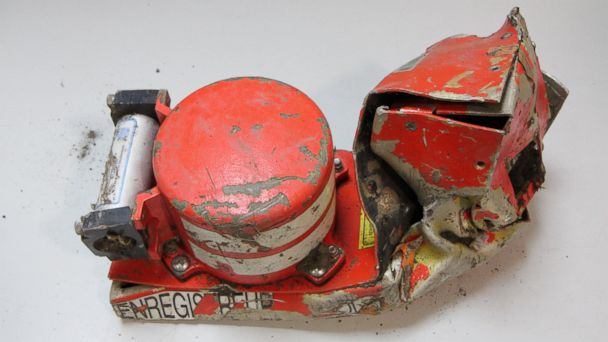 The black box will reveal the critical final moments before a Germanwings flight bound for Dusseldorf crashed in the French Alps on Tuesday, but experts have already been able to theorize about some of the most plausible reasons.

The official cause of the crash is still a mystery, but the biggest indicator of trouble comes from the plane's increased drop in altitude in the minutes leading up to the crash.

There were steps taken by the pilots, including a 15 degree shift in direction during the descent, that suggests they were in control to some extent, but there was no communication with air traffic control which is part of standard operating procedure during such a move, experts said.

Not Communicating with Traffic Control"One of the most important aspects of that is to talk to air traffic control because you're descending right into oncoming air traffic and the pilots know that they changed their course 15 degrees off their course which is exactly what you would do in an emergency descent but on the way down, there's no conversation," former air force pilot and current ABC News aviation consultant John Nance said on Good Morning America. "Could they not talk? Had they turned off the electricity because of a fire? We don't know that."

Lack of Cabin PressureThe inability -- or the choice -- of the pilots not to communicate with air traffic control suggests two possible causes, the first being a lack of oxygen within the aircraft which led to depressurization and incapacitated the pilots.

Tom Haueter, a former National Transportation Safety Board director, told ABC News that another reason could be that there was smoke or some kind of fire in the cockpit that would have made it difficult not only for the pilots to see but also for them to operate the aircraft, potentially leading them to be overcome with smoke.

Emergency DescentA third possibility comes from the indication that the pilots appeared to be handling some kind of problem and assessing their options by taking the steps to descend and adjust their path accordingly, but may have been overcome by that problem, whatever it may be.

"It definitely looks like an emergency descent for unknown reasons but beyond that we don;t know," Haueter said.

"It means something very quickly catastrophic was going on. We don't know the build up to that," he added.

The rapid descent is the main cause of concern for Nance as the plane was dropping one and a half to two times as fast as normal. At 10:45 a.m., the plane was flying at 38,000 feet, but they began dropping one minute later, officials said on Tuesday.

"Most troubling is why in an area that they know the Alps are, that they go up to 15,000 feet, why did they not level off at 15,000 feet? Why continue down? That really indicates the possibility ... of incapacitation," Nance said.