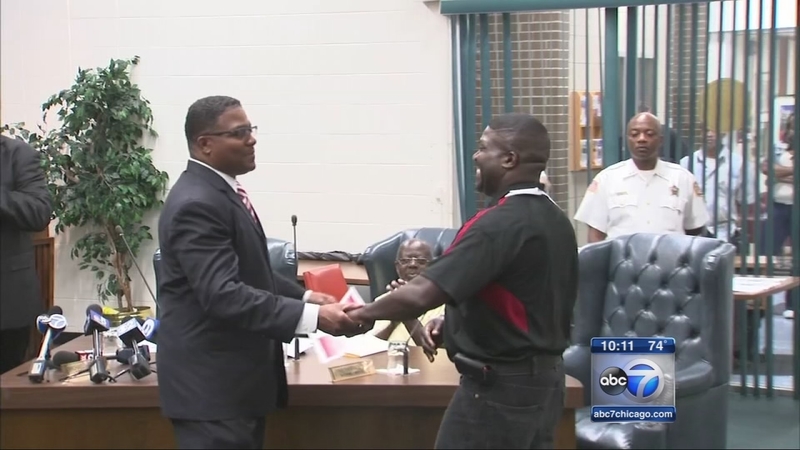 Lieutenant Darnell Keel pushed a fellow officer out of the way during an exchange of gunfire with the two suspects in that standoff. The 18-year veteran was shot in the arm.

On Tuesday he is being hailed for his bravery in saving the life of the rookie officer.

"I see nothing but gunfire, at which time, I pushed one of the rookies off the porch, I fired a few rounds back into it, I attempted to jump off the porch, and that's when I was struck," said Officer Keel.

Prosecutors say the men forced their way into the home, robbed the homeowner then held six children and two women hostage. One of those women was sexually assaulted several times.

The suspects, David Jordan and Peter Williams, remain in jail. Their next court date is set for September 11.