WLS
By Eric Horng
CHICAGO (WLS) -- A court hearing to decide if Mohammed Hamzah Khan, the 19-year-old Bolingbrook man accused of trying to join ISIS, has been delayed.

The hearing, to determine if Khan should remain in custody until his trial, was continued until Oct. 21.

Khan, a U.S. citizen, is charged with attempting to provide material support to foreign terrorists. A conviction carries a maximum 15-year prison term.

Khan is accused of trying to fly to Syria to help ISIS. FBI agents arrested him at O'Hare International Airport on Saturday as he tried to board a flight to Turkey.

Investigators said Khan left a letter for his parents in his bedroom expressing disgust with western society. FBI agents found maps and drawings of an ISIL flag.

Khan had a $4,000 round-trip plane ticket to Istanbul, but told agents he planned to stay permanently and serve Islamic forces. 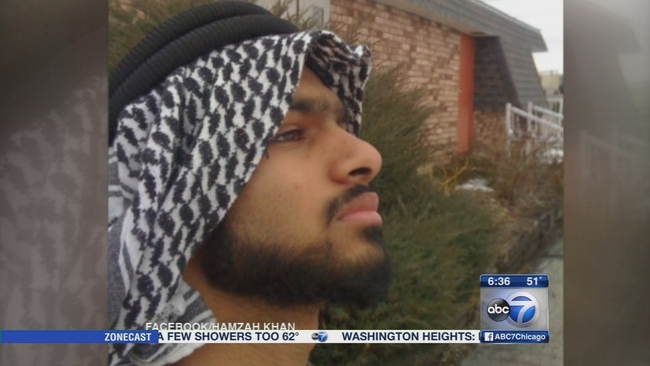 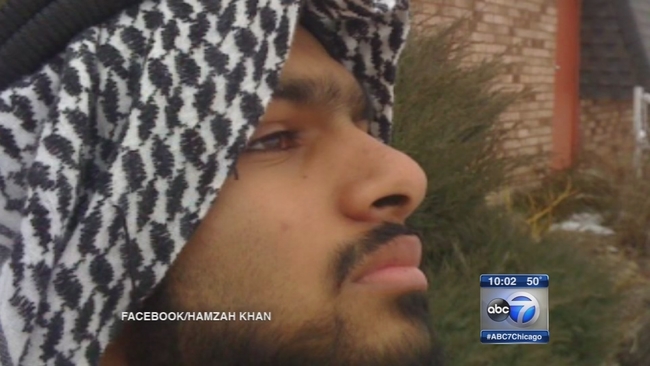