Homeless man set on fire while sleeping at Ventura Beach 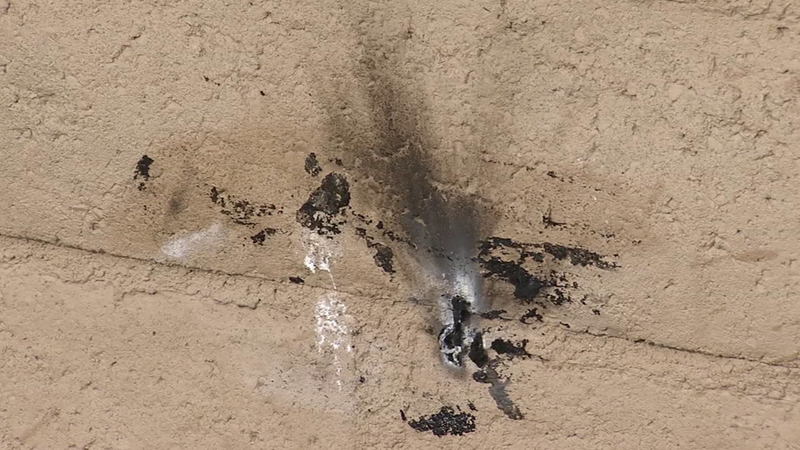 Homeless man set on fire while sleeping at Ventura Beach

VENTURA, Calif. -- Three male suspects lit a homeless man on fire while he was asleep in his sleeping bag at Ventura Beach.

A Good Samaritan spotted the 5 to 6 feet flames at about 11 p.m. Saturday at the end of South Seaward Avenue in the Pierpont neighborhood of Ventura. The Good Samaritan put out the fire with sand before calling 911.

The three suspects had allegedly poured lighter fluid on 58-year-old John Frazier and his belongings.

"Three males that might have been involved in it actually used lighter fluid to pour on the victim's sleeping bag and other items that were near him and set it on fire," Ventura Police Commander Thom Higgins said.

Frazier suffered second- and third-degree burns on his upper torso and face, but is expected to survive.

Flowers, a single candle and a black char mark on the wall now mark the spot of the vicious and fiery attack.

"It's just really sad. It's sad that a man is sleeping on the beach and then three knuckleheads just they put him on fire for whatever reason," said Charon Shirk of Ventura. "It's just sick. It's really sick."

At this point, Ventura police have no motive for the crime and a only a vague description of the suspects -- three males in their late teens or early 20s with shaved heads and dark clothing.

"Who would be so cruel to do something like that to a human being? I could see if, I don't know, it was a pile of trash, but, I mean, that was a human being," said Peter Cardindale of Ventura.

Residents say they're shocked by the violence in this quite neighborhood.

"This is not representative of the Pierpont community," said Dan Roundtree of Ventura. "It's a very tight-knit beach community, and for this to happen it's just beyond belief, beyond belief, and whoever is responsible for this, they will be found."

Police and residents are hoping the public will be able to provide vital clues in this case. Anyone with information is asked to call Ventura police detectives at (805) 339-4309.