WLS
By Paul Meincke
STEGER, Ill. (WLS) -- More than 70 animals including cats, dogs, birds and chickens were all rescued from a coach house last week in suburban Steger. Many of the animals were covered in filth.

The animals were found after Pam Pinnow purchased the home in a short sale.

"I saw puppies lying in feces, covered with fleas. The stench was overwhelming," Pinnow said. 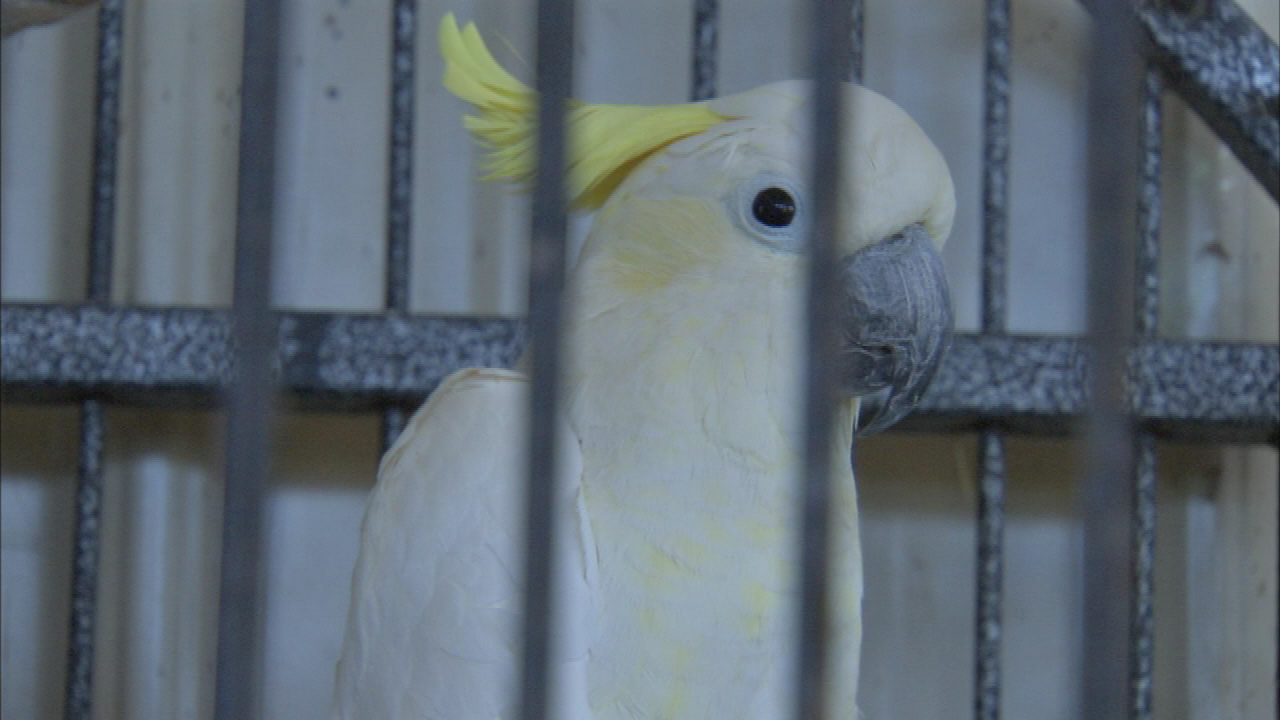 Steger animal rescue: 70 animals found living with squatter
More than 70 animals including cats, dogs, birds and chickens were all rescued from a coach house last week in suburban Steger.
A squatter had set up camp at the coach house with the animals, so Pinnow called police and animal rescue. Settler's Pond Animal Shelter responded.

"Just filthy, filthy living conditions. It's probably one of the worst places I've been in, and I've been in a few," Pinky Janota, Settler's Pond, said.

Most of the dogs in the house were malnourished with mange, fleas, and some were anemic. Three of the animals died. Janota and her team are trying to nurse the others back to health.

"Some of the dogs had staples, physically, office staples, in the tops of their heads," Janota said. "It was abuse."

The squatter has not been criminally charged although the animal rescuers said he was breeding puppies for sale. Also found: a Sun Conyer, a Cockatoo, and parakeets - all living with assorted chickens in a coach house with windows that were screwed shut.

The stench remains overpowering. The squatter apparently bunked in the small, L-shaped room, and had built a pen inside.

"He didn't want to leave. He said he had rights," Pinnow said.

The squatter eventually left and reluctantly surrendered custody of the animals. A pony was also left at the property, and Pinnow wants to find it a new home.

"We're hoping we're able to adopt the majority of them. And, if not adopted, they can live here on the 60 acres for the rest of their life," Janota said.

Steger police are continuing their investigation. Once they have medical histories on the animals, the case will go to the Cook County State's Attorney to decide on whether to file charges against the squatter.