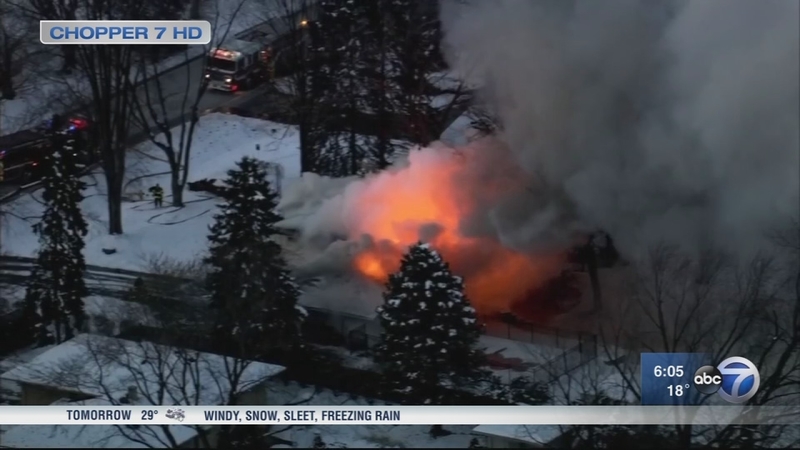 Some residents who live near the house are still waiting to learn when they can return to their homes.

A father and daughter were inside the house near South Parker Road and 143rd Street when the blast occurred around 4 p.m. Thursday.

Both were rushed to Silver Cross Hospital to be treated for burns. Fire officials said the father is in critical condition. No one else was hurt.

A GoFundMe page has been set up for the family.

"I hope everything works out great for them. They are nice people. Pretty quiet people. Don't bother anyone," said Joseph Palkovitz, a neighbor.

Palkovitz was allowed to return home Friday morning. Many homes in the neighborhood were evacuated after the explosion, while Nicor crews searched for the source of the leak. Many people stayed at the village hall for the night.

"I heard a big boom. I thought it was our garage door closing," said Sharon Bargiel, who was evacuated from her home.

"The village said people should go to the village hall and get out of the house," said James Petty, whose home was also evacuated.

Palkovitz's gas and heat were back on Friday morning, but the charred remains of the home that exploded were visible from his backyard. It was a reminder that Thursday's incident could have claimed his home too.

Nicor crews were still working to restore gas and power to more than a dozen homes in the area late Friday morning. Crews stopped the flow of gas to carry out routine safety tests.

Residents of those homes will not be allowed to walk through their front door until those tests are complete and village officials say it's safe to return.

Once neighbors were allowed back in their homes a Nicor service representative had to accompany them personally to turn the gas back on. 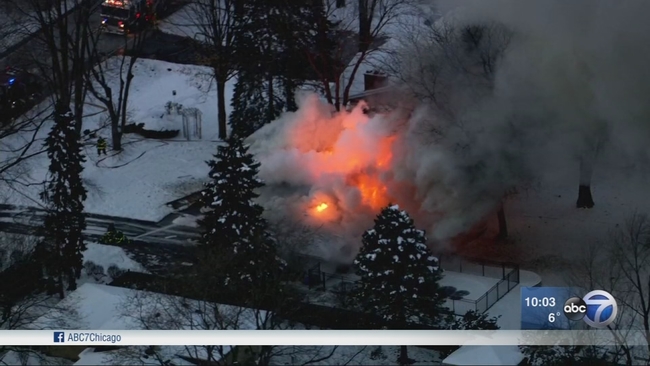