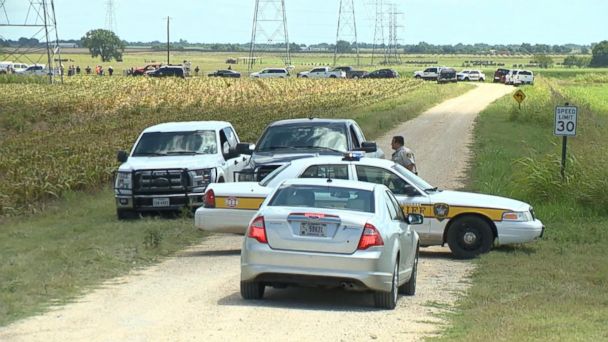 A large hot air balloon carrying at least 16 people caught fire this morning and crashed in a pasture near Lockhart, Texas, the Federal Aviation Administration said.

There do not appear to be any survivors, according to the Caldwell County Sheriff's Office, which received a 911 call around 7:44 a.m. local time about a possible vehicle accident. The fire apparently broke out during flight in the basket portion of the hot air balloon.

"Investigators are determining the number and the identities of victims at this time," the Sheriff's Office said in a statement.

The FAA said its investigators are on their way to the crash scene and the National Transportation Safety Board, which will be in charge of the investigation, has been notified.

"The FAA and NTSB do not release the names of pilots or passengers. Names will be released by local officials after relatives have been notified," FAA spokesperson Lynn Lunsford said in a statement.

This is a breaking news story, please check back for updates.