How The CDC Will Make Sure Ebola Doesn't Spread in US 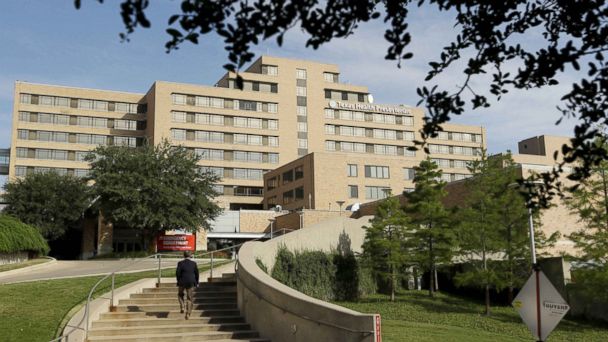 To stop the deadly Ebola virus from spreading in the U.S., health officials said they have already started tracing anyone involved with the first Ebola patient to be diagnosed here.

Officials from the U.S. Centers of Disease Control confirmed Tuesday that the first Ebola patient has been diagnosed in the U.S., after arriving from Liberia. In a press conference in Dallas, CDC director Tom Freiden said local health department officials were prepared and had already started tracing people who had come into contact with the unidentified Ebola patient now being treated in Dallas.

"I have no doubt that we will control this case of Ebola so that it does not spread widely in this country," said Freiden, who confirmed a CDC team was also en route to help track anyone connected to the infected patient.

To track any potential exposures and stop the outbreak, Freiden said medical officials will first interview the patient and then family members. From there officials will outline and investigate all of the patient's movements after the symptoms appeared and he was contagious.

They will build "concentric circles," with one circle representing everyone the patient could have exposed and then a second including all the other people those initial contacts have interacted with.

"With that we put together a map essentially that identifies the time, the place, the level of the contact," said Frieden. "Then we use a concentric circle approach to identify those contacts, who might have had the highest risk of exposure, those with intermediate risk."

First Ebola Case in U.S., But CDC Vows 'We Will Stop It Here'

What You Need to Know About the Ebola Virus

Face-to-Face With Patients in the Ebola Ward

Those at risk of being infected will be monitored for at least 21 days, which is the duration of the Ebola incubation period.

"This is core public health and it is what we do day in and day out and what we will be doing here to identify any possible spread and to ensure there aren't further chains of transmission," said Frieden.

The patient did not show symptoms until September 24, four days after arriving in the U.S. He sought medical care on September 26 and was admitted and placed in isolation on September 28.