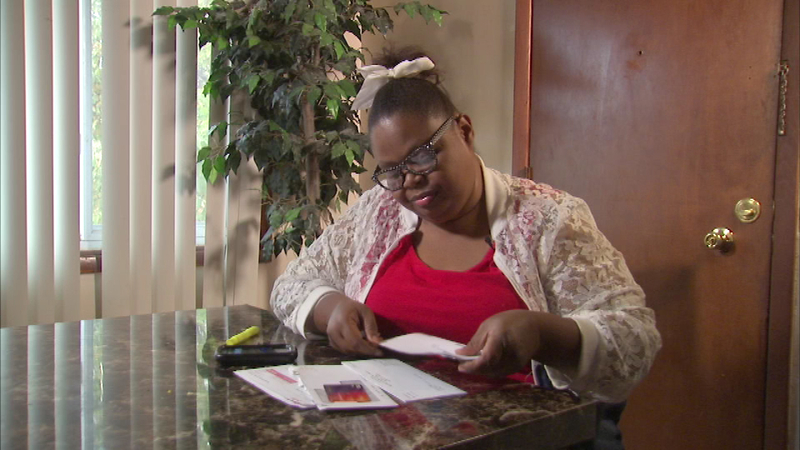 Several users of a popular pre-paid debit card, called RushCard, have recently struggled to access their money and have reached out to the ABC7 I-Team for help.

Some customers are calling it RushCard roulette.

"You know I have a light bill, I have my rent, phone bill. I can't pay it," said Kimber Smith, a RushCard victim. The Calumet City resident said Friday that her direct deposits were still not showing up in her RushCard account.

Smith said Friday she is happy that her issues were resolved on Thursday -- after the I-Team reached out to the company.

RushCard has acknowledged that "a small fraction" of customers are still experiencing ongoing issues. Company co-founder -- entertainer and businessman Russell Simmons - has pledged to reimburse some cardholders who experienced financial losses.

In a mid-October Facebook video message, Simmons acknowledges that customers have been "hurt by the problems that occurred during the technology transition."

Simmons, also a founder of Def Jam Records and the face of the RushCard, said that RushCard, and financial institutions which back it, were vigorously working to fix glitches so people could access their direct deposits and pay their bills.

Simmons said: "I've been putting my heart into serving rush card customers for 12 years and I cannot tell you how upsetting this is."
Customers like Kimber Smith said the advantage to the RushCard is that they can usually access their direct deposits two days early - and for some, it is easier than opening a checking or savings account.

But they didn't expect recent hassles.

"And the customer service, it just rings and it's like at the end I answered and they hung up," Smith said.

In addition to a video message, Simmons sent tweets saying that RushCard employees were working day and night to get the issue fixed.

In a news release sent to the I-Team on October 29, RushCard said it "will reimburse cardholders who experienced financial losses." Officials added that the reimbursement program has been finalized and they would move as quickly as regulators will allow.

The statement also said the "RushCard systems are fully restored" but on that same day, Sikeara Miller, a mother of five from the city's West Side, said she experienced problems.

A RushCard spokesperson said Friday that they have called and e-mailed Miller several times and is working to help with her situation.

She said she could only get a portion of her direct deposit. As a result, she couldn't move into her new apartment.

"You can't do a lot of stuff because the majority of my income was put on my RushCard so it's a big hinder to me," Miller said.

ON MONDAY AFTERNOON, RUSHCARD SAID IT HAD UPDATED MILLER'S INFORMATION: On October 12th, 2015, as a result of issues arising from our technology transition, RushCard customer Sikeara Miller's account showed an inaccurate balance. The company has since corrected and clarified the issue with Ms. Miller, and our records show that her account has experienced no further issues resulting from the technology transition.

Jennifer Coleman also called the I-Team weeks ago. RushCard quickly fixed her account access after the I-Team emailed the company.

Coleman was also featured in a March 2014 I-Team story when she was having trouble getting a fraudulent charge reversed on her RushCard.

This week, the agency tweeted that RushCard customers having problems can submit complaints.

A RushCard spokesperson said that many of the current problems are due to employers halting direct deposits after initial RushCard troubles, resulting in people having issues with re-setting accounts.